Billy Marcus discovered that the rate of the “meme” token directly depends on the number of requests for cryptocurrency in search engines. 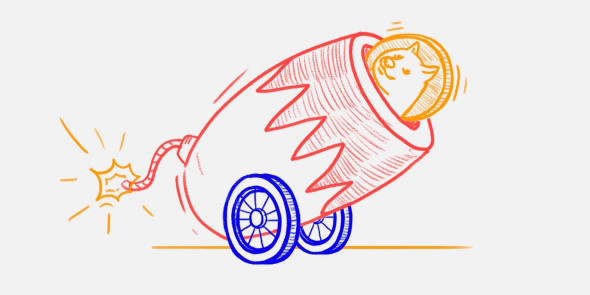 One of the creators of Dogecoin, Billy Markus, posted on Twitter two charts that indicate the correlation of the altcoin’s rate with the level of its popularity in search engines. Markus found that the “meme” token was trading at a high ($ 0.73) in May this year, when interest in Dogecoin on the Google search engine was at a record high. After that, the interest of users in the altcoin gradually decreased. From mid-May to December 13, Dogecoin fell 78%.

On December 13, the “meme” cryptocurrency is trading at $ 0.16, and its capitalization is $ 21.7 billion, according to CoinGecko. According to this indicator, the asset ranks 11th in the list of the largest cryptocurrencies.

Dogecoin entered the top 5 most searched Google searches in 2021. Altcoin took the fourth position in the News section. Also in this section, the tenth position was taken by the request “Ethereum price” (Ethereum price).