We are also talking about a ban on investments in financial instruments, the cost of which depends on the rates of digital currencies. The restrictions also apply to funds intended for qualified investors. 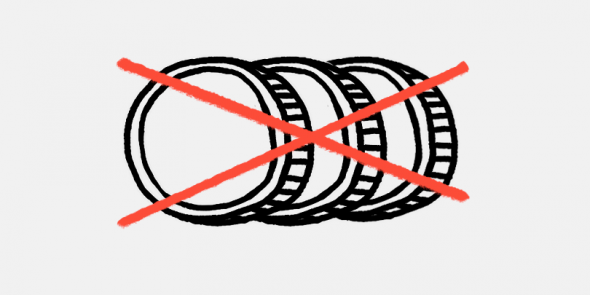 The Bank of Russia has published a draft directive that expands the list of assets available for investment in mutual investment funds, and also prohibits them from investing in digital assets and instruments, the cost of which depends on the rates of digital currencies. Previously, mutual funds had such an opportunity, but the regulator recommended not investing in digital assets. The prohibition also applies to mutual funds intended exclusively for qualified investors.

At the end of November, the Central Bank estimated the annual volume of transactions of Russians with digital assets at $ 5 billion (about 350 billion rubles). The data was obtained from a survey of large banking organizations in July 2021. The Central Bank also noted that Russian users are one of the most active participants in the digital currency market. Russia is among the leaders in the number of visits to digital currency exchanges.

In September, the regulator announced plans to expand the ban on the use of cryptocurrencies in Russia, as well as introduce administrative and criminal liability for violating restrictions.

There are currently no mutual funds in Russia that invest in cryptocurrency, says Artem Deev, head of the analytical department at AMarkets. According to him, the Central Bank is opposed to this, and the turnover of digital assets is regulated by only one law “On CFA” so far, which does not make it possible to use such investment instruments.

“There is only one BIF that attracts investors to blockchain technology companies. This is the fund of the BC BCS – BPIF “BCS Digital Galaxy”, – the analyst explained.

According to Deev, the fund invests the funds of its shareholders in companies developing a technology for decentralized storage and processing of data – blockchain. The portfolio includes about 15 companies, including PayPal, Square, NXP Semiconductors and Broadcom, Deev noted. In his opinion, the decision of the Central Bank to ban investment in cryptocurrency for mutual funds is unlikely to hit Russian investors, since this instrument is unpopular in the country.

Sberbank plans to launch an exchange-traded fund “Blockchain Economy”, which invests in the shares of companies whose revenues are largely dependent on the use of blockchain technologies. Vasily Illarionov, Executive Director of the Investments and Savings Division of Sberbank, told RBC-Crypto about this. According to him, in the understanding of Sberbank, such a fund does not fall under the restrictions of the Bank of Russia and can be offered to retail investors.

“So far, our line of mutual funds and competitors do not have digital assets,” said Illarionov.

Now the world’s largest cryptocurrency-based investment fund is the Grayscale Bitcoin Trust, which manages $ 31.1 billion in assets. The fund functions similarly to an ETF, as it is secured and matched to the price of bitcoin. It is not registered with the SEC, so only accredited investors have access to it.