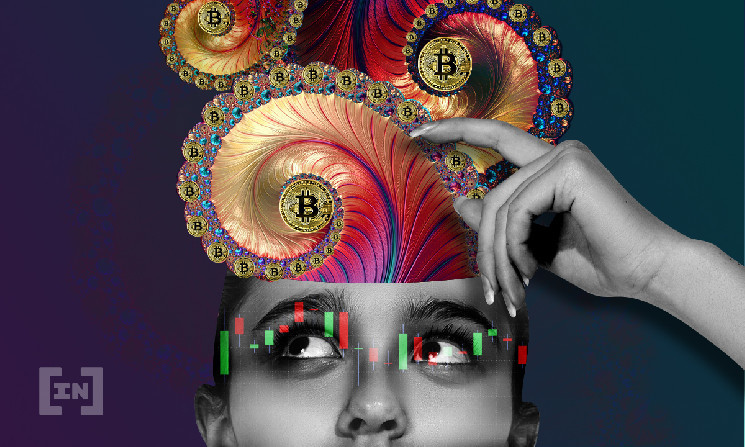 Bitcoin (BTC) started to rebound on December 5, but failed to break above $ 50,000. However, short-term signals suggest that all is not lost.

So, MACD is declining, while now the indicator is trying to form a downward momentum bar (red icon). This means that the short-term MA is slowing down relative to the long-term MA.

The RSI, which is a momentum indicator, has dipped below 50 and is declining, which is also a sign of a bearish trend.

However, the BTC rate is still holding above the 0.618 Fib level of the correction at $ 44,200. The horizontal support area is also located here. 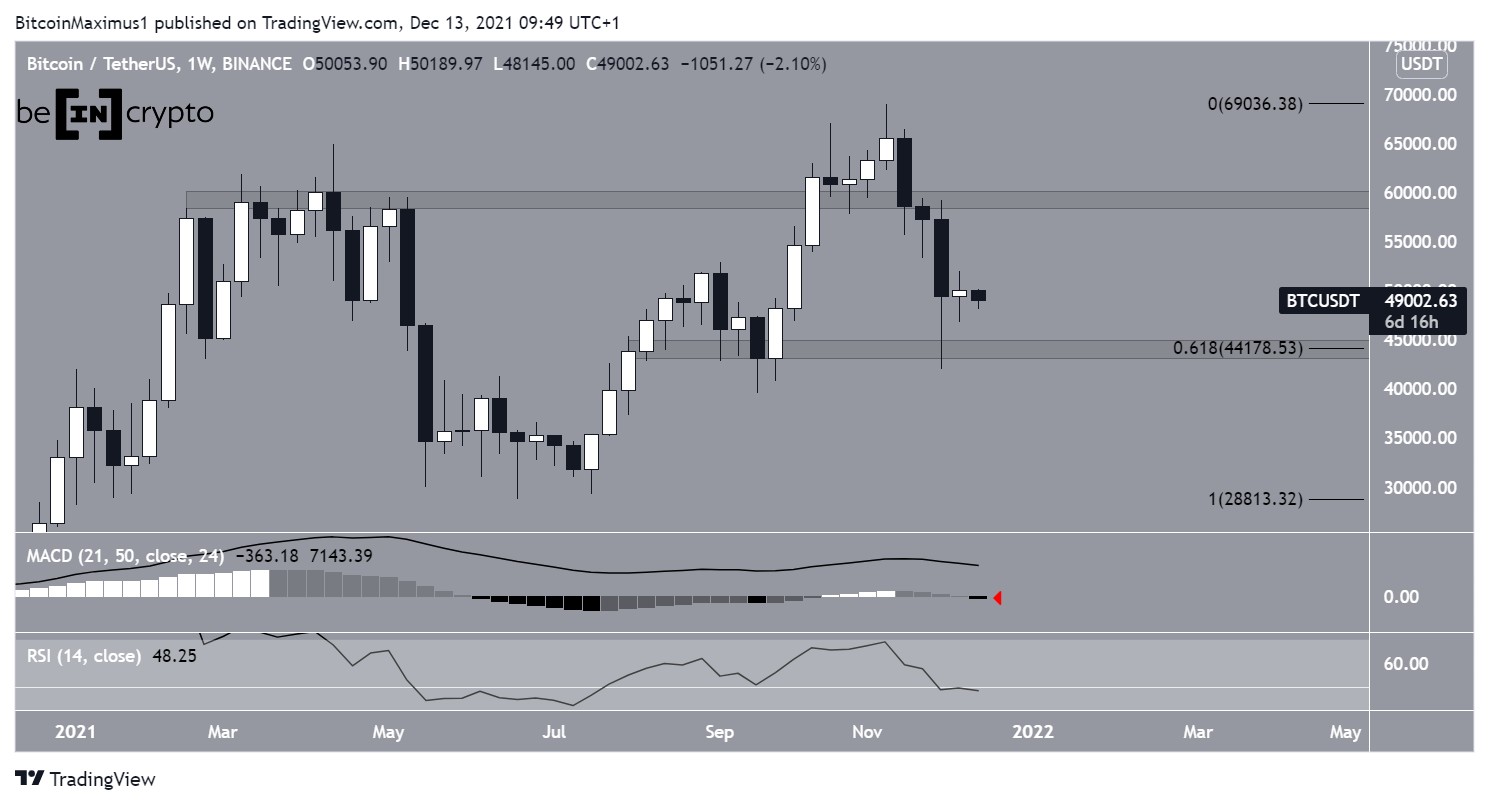 BTC trying to recover over support

Unlike the weekly chart, the daily timeframe paints a slightly more optimistic picture.

Although Bitcoin made a bearish breakout of the upward support line on December 4, the price rallied after that and could soon try to recover above this level again.

Likewise, the RSI is also rising, although it is still below the 50 mark. 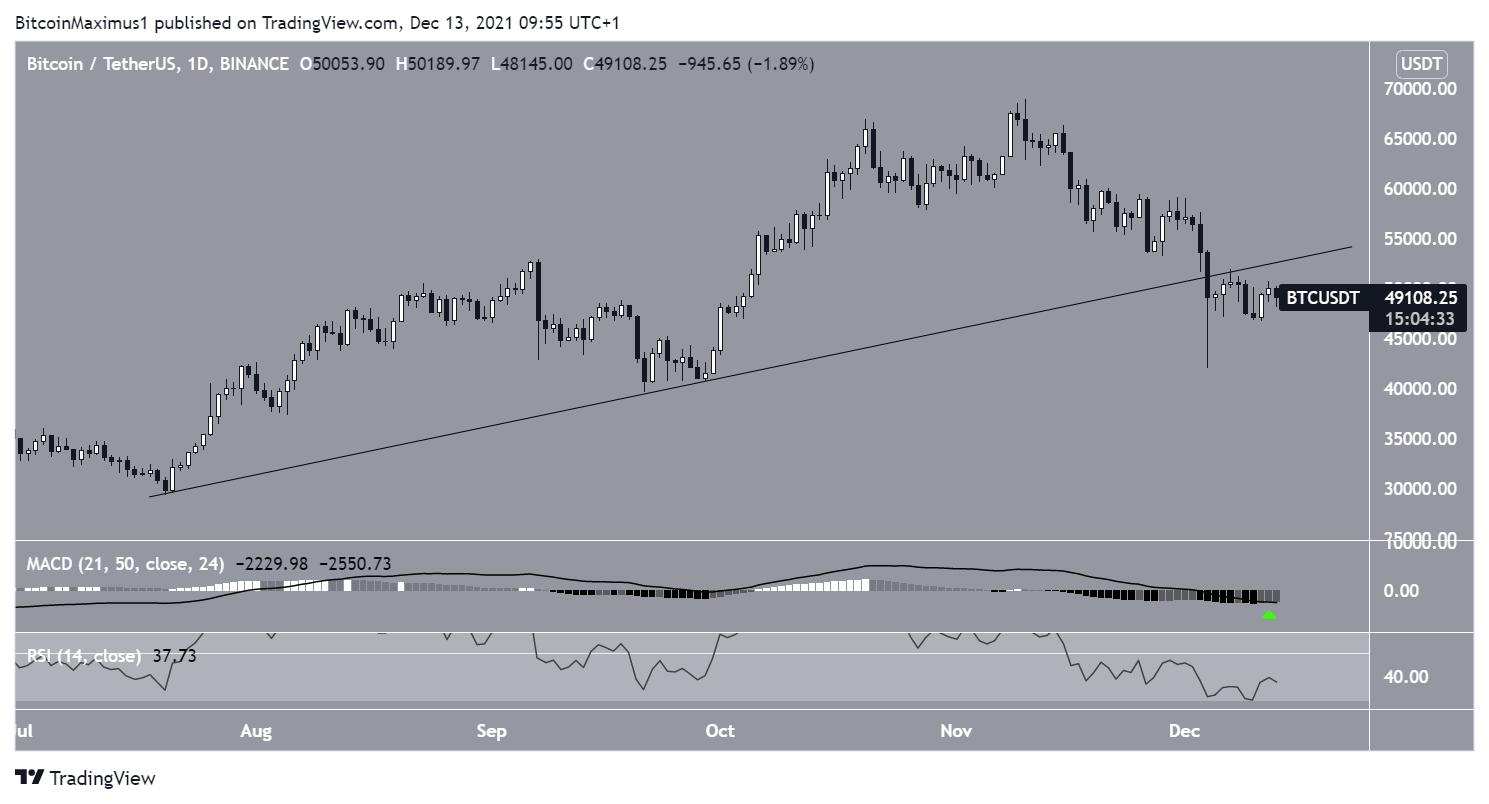 On the 6-hour chart, BTC has been trading within a descending parallel channel since November 10, when the price reached its all-time high around $ 69,000.

These types of channels are usually associated with corrective patterns, which means that Bitcoin may take a bullish breakout from it.

In addition, BTC has recovered above the median line of this channel, which confirms the market’s chances of a bullish breakout.

Both MACD and RSI are growing on this timeframe. 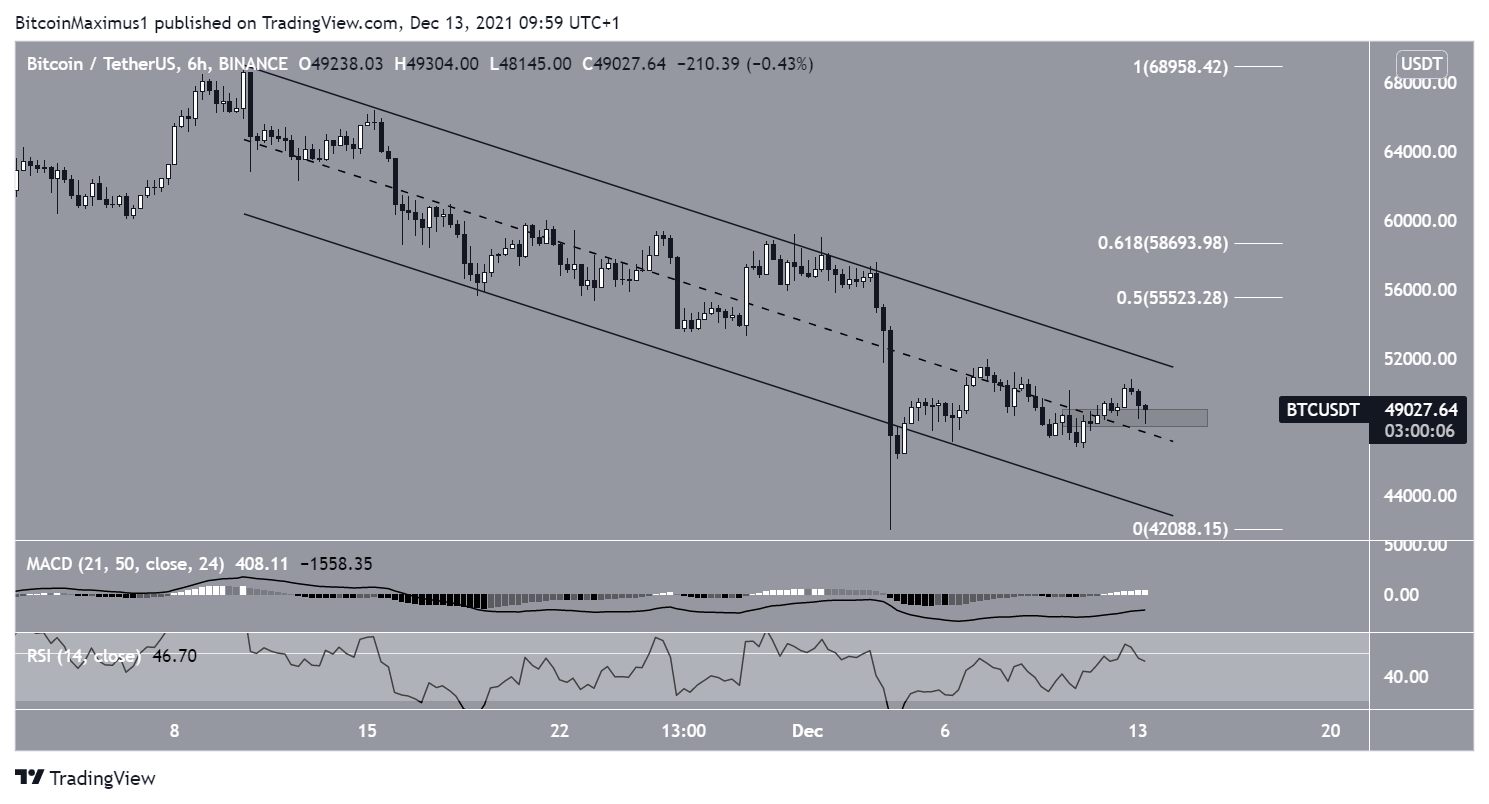 On the hourly chart, the BTC rate bounced off the 0.5 Fibo level of the $ 47,000 retracement (green icon) and began to rise.

As long as there is a rising low in this area, the market’s chances of a bullish breakout will remain high.

Potentially, bitcoin could decline to the 0.618 Fib level of correction and form a falling low (green circle), however, the bullish structure will persist until the price breaks out from here in the south direction. 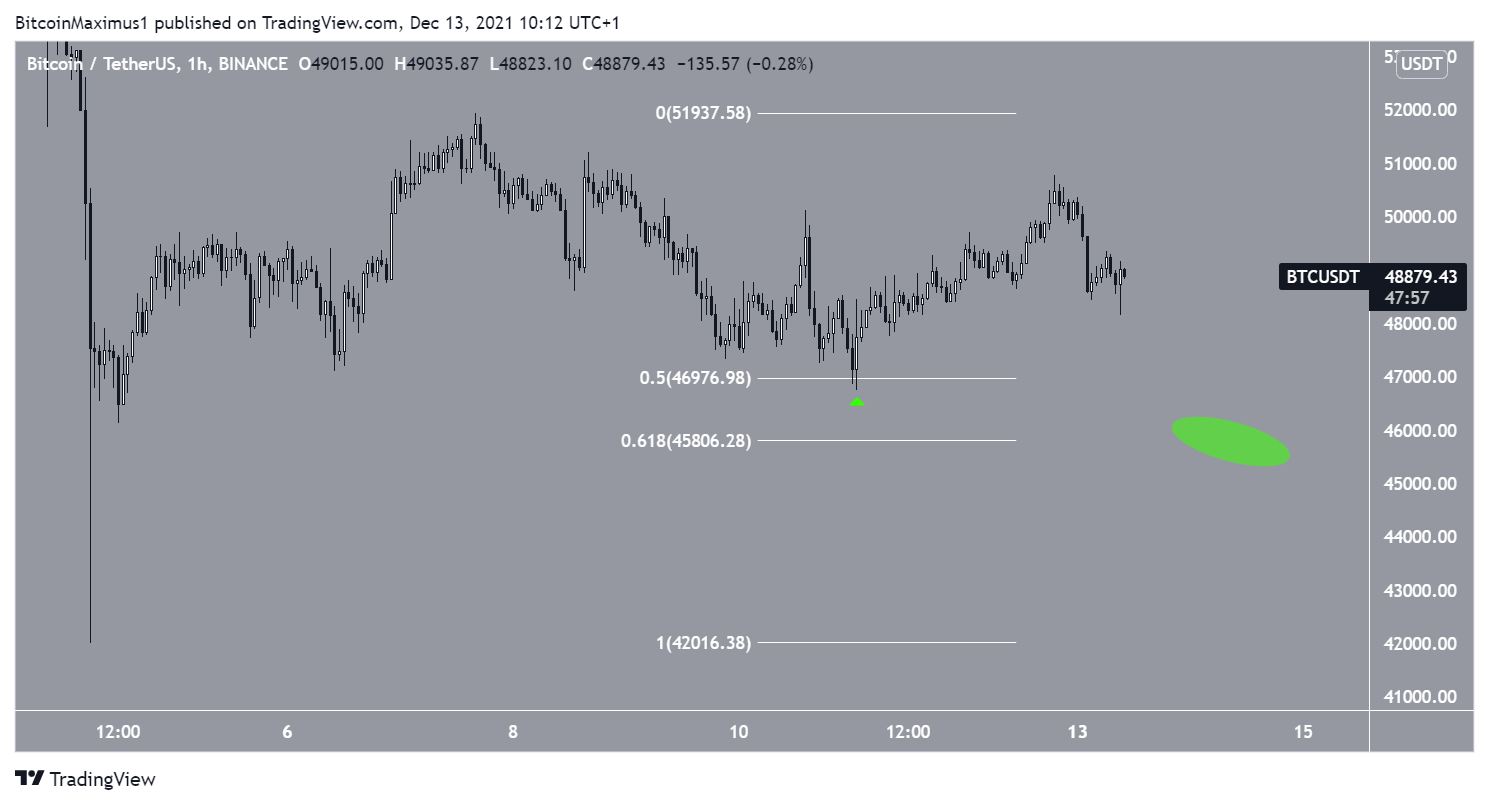