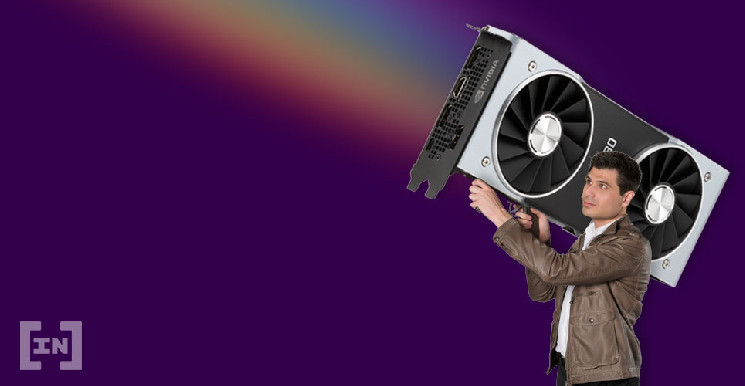 AMD GPUs are on sale on Aliexpress

On the Aliexpress virtual trading platform, they began to sell a special video card for mining cryptocurrencies from AMD

A mining graphics card from AMD has appeared in the list of products available on the Aliexpress platform. As stated in the description, the new product called AMD BC-160 is capable of delivering up to 73Mh / s. With daily ETH mining, one such video card is capable of bringing in ~ $ 8.6 per day, excluding electricity costs, according to Etherscan.io. The video card itself is built on the basis of the 7-nm graphics core Navi 12. Also, the new product is equipped with 8GB of HBM2 memory. The power consumption of such a graphics processor from AMD will be 130 watts. The cost of a video card on Aliexpress is over RUB 150,000. 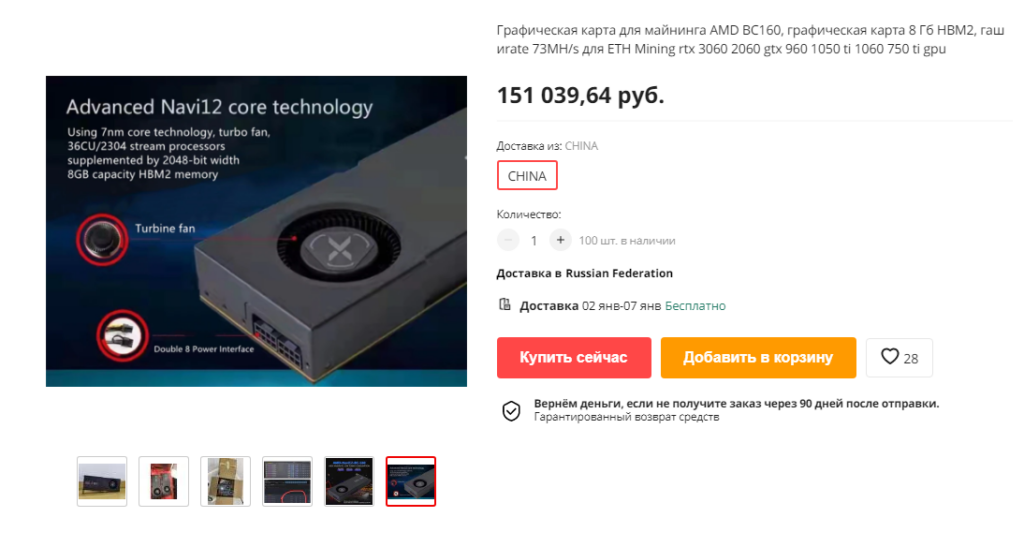 In March of this year, it was reported that AMD is working on a special graphics card for cryptocurrency miners. Then it was argued that the new product will be built on the basis of the Navi 10 processor. It is not yet known whether it was about AMD BC-160 or AMD is working on another video card for mining.

In the meantime, NVIDIA announced the approximate time frame for the normalization of deliveries of video cards. According to NVIDIA Chief Financial Officer Colette Kress, the situation with the supply of video cards will not improve until the second half of 2022.

However, NVIDIA CEO Jen-Hsun Huang thinks otherwise. According to him, the shortage of GPUs will remain on the market throughout 2022. This is due to the fact that the demand for video cards still exceeds the supply. Recall that the shortage of microcircuits has already led to the fact that the US authorities have initiated their own investigation into the causes of the crisis.