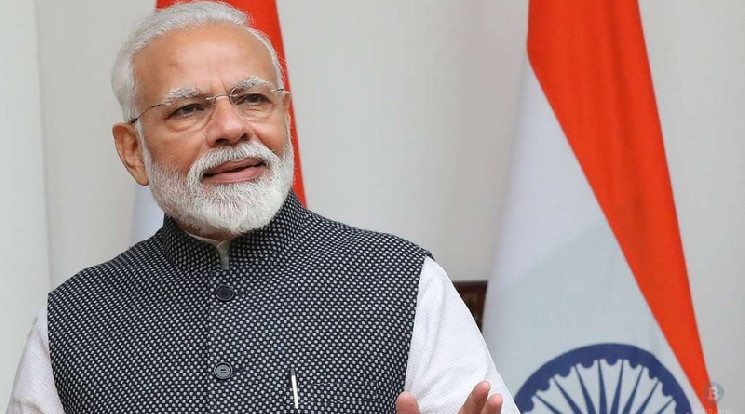 Shortly after Minister Modi’s Twitter account with 73.4 million fans was hacked, the criminals posted a tweet that contained incorrect information, namely information about “legalizing” Bitcoin and distributing 500 BTC to citizens.

On Friday, the minister said at a virtual summit hosted by President Joe Biden that technologies like cryptocurrency should strengthen democracy, not destroy it from within.

“Working together, democracies can satisfy the aspirations of our citizens and glorify the democratic spirit of humanity.”

The much anticipated winter parliamentary session, aimed at discussing the legality of cryptocurrencies, did not produce the desired result and hackers managed to hack into an account with more than 73.4 million second-person subscribers in the country in order to declare that Bitcoin is now an official means of payment.

The hack itself happened at 12 am Indian time and one of the social media users, who was one of the crypto enthusiasts, reacted vividly to this tweet. We quote it:

“India has officially accepted Bitcoin as legal tender. The government has officially bought 500 BTC and is distributing it to all residents of the country. The future has come today! “

There was also a link in the posted tweet urging residents to register and claim their Bitcoin. This is not the first time this account has been hacked and used by crypto scammers.

Soon after the break-in, this post was deleted, and the fact of the break-in was confirmed by the minister himself.

Hackers hacked Modi’s account back in September last year. The attackers under the pseudonym “John Wick” released several posts, in which they asked the minister to “donate generously to the National Fund for Assistance to the Prime Minister for Covid-19.”

Talks about the cryptocurrency bill have sparked new fears about banning private digital currencies. However, the meaning of the word “private” has not yet been interpreted by parliament, and the lack of accurate information has raised concerns among investors.

Exterminating speculation around the topic of this project, the former Minister of Finance Subhash Garg (aka the author), said that “private cryptocurrencies” is not an accurate interpretation. In a conversation with reporters, Garg stated:

“[Описание законопроекта о криптовалютах]could have been a mistake. It is incorrect to say that private cryptocurrencies will be banned and inform the government about it. ”