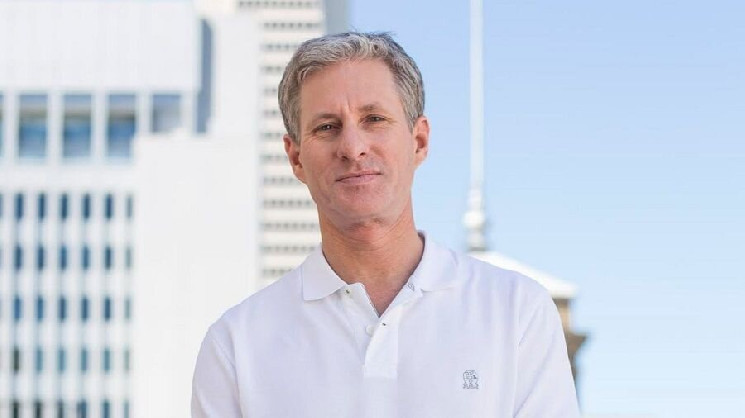 In his opinion, the changes, including, will have a positive effect on the value of shares of mining companies.

Chris Larsen, co-founder of California-based fintech startup Ripple, has found a way to reduce the negative environmental impact of bitcoin mining. The developer has shared his “recipe” in the blog.

Chris Larsen believes that the cryptocurrency needs to be transferred to a different mining algorithm. Bitcoin that still remains to be mined, the developer proposed to distribute in accordance with the amount of computing power that members of the crypto community currently have.

The cryptocurrency operates on a PoW mining algorithm. It implies the distribution of rewards to miners based on the amount of computing power used by market participants. Simply put, the more high-power equipment a user has connected to the bitcoin network, the higher his reward will be.

Recall that miners are needed to process network tasks. Such members of the crypto community, among other things, conduct transactions of other users. For this they receive a reward.

Miners who want to earn more than others are forced to increase their computing power. At the same time, a mechanism for regulating the complexity of mining is built into the bitcoin network. The more people who want to make money on cryptocurrency mining, the more difficult the process will be.

To compete with other members of the crypto community, miners are also forced to increase their computing power. The more equipment, the higher the energy consumption and the environmental impact. Thus, the growth in the scale of mining of bitcoin and other cryptocurrencies that work on PoW and similar algorithms negatively affects the environment.

Information about the hashrate (the total amount of processing power connected to the bitcoin network) and the difficulty of mining bitcoin. Source: btc.com

The negative impact of BTC mining on nature, including, slows down its spread. For example, because of this, the electric car manufacturer Tesla has suspended the sale of cars for bitcoin.

The devastating impact of PoW on the environment was one of the reasons to transfer the second most capitalized cryptocurrency – Ethereum – to a different, more secure PoS mining algorithm.

The developer believes that the problem can be solved by changing the principles of distributing the reward for bitcoin mining. Chris Larsen suggested taking a snapshot of the cryptocurrency hashrate to fix the amount of computing power. This information can be used in the future for the distribution of not yet mined BTC.

“Existing miners will be eligible for future bitcoin rewards without having to spend extra energy and invest in mining rigs,” Chris Larsen suggested solving the hardware race problem.

According to the developer, such a scheme will allow miners to get the same income at a lower cost. The change in the status of bitcoin from a “potential threat to the environment” to a “promising financial instrument”, in his opinion, will also have a positive effect on the mining industry and the entire digital asset market as a whole. In particular, the changes, he believes, will support the growth in the value of shares of mining companies.

We will remind, earlier Chris Larsen talked about why China manages to defeat the United States in the war of technology.