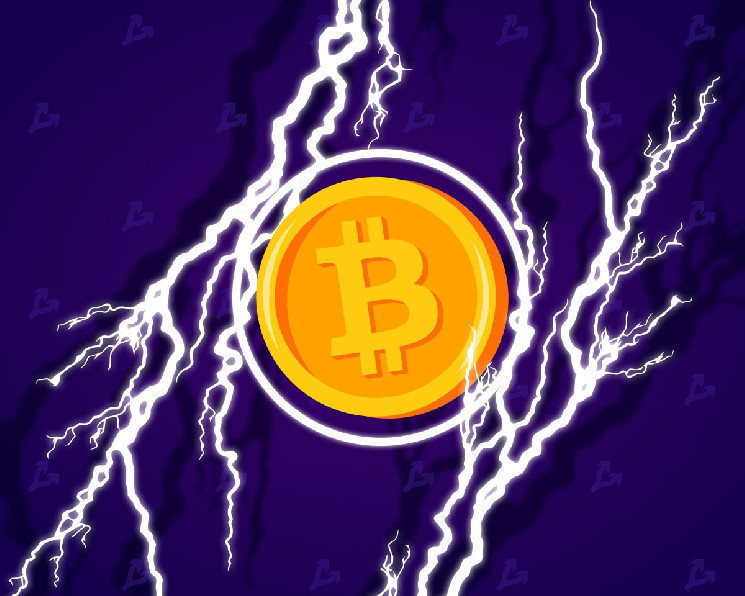 Soon, Chainalysis will support Lightning Network transaction monitoring in KYT! Staying compliant with regulations will be vital as the second layer protocol is adopted and we’re excited to be the first in the industry to offer this support.

«VASP, including cryptocurrency exchanges that use Chainalysis KYT (Know Your Transaction) to monitor transactions in real time, will be able to allow deposits and withdrawals of bitcoin from the Lightning node, observing the regulatory rules, “- said in a press release.

Chainalysis recalled that LN is a second layer protocol that allows users to carry out transactions almost instantly and with a small commission.

What is the Lightning Network? (beginner’s guide)

The protocol has been in operation since 2018, but showed an explosive growth in indicators in 2021. Over 11 months, the number of bitcoins blocked in LN channels has grown from ~ 468 BTC to just under 3,600 BTC, the company noted.

The firm’s specialists believe that this is largely due to the addition of the ability to accept donations in cryptocurrency on Twitter and the legalization of bitcoin in El Salvador.

According to the forecast of analysts at Arcane Research, the number of active LN users by 2030 could exceed 700 million.

According to Samson Moe, director of strategy at Blockstream, the decision has the potential to make bitcoin a global medium of exchange.

“The Lightning Network solves many of the problems that prevent the Bitcoin protocol from being used for micropayments and other types of transactions that facilitate financial integration. By providing LN transaction support to our customers, we hope to increase the popularity of the network and help it scale, ”said Pratima Arora, Product Director for Chainalysis.

Chainalysis KYT will provide preliminary checks for withdrawal of funds to LN and a function of warning about suspicious behavior, the firm said.

As a reminder, in September, the media disclosed some of the methods and tools used by Chainalysis to collect information about crypto transactions and users.

In July, after a $ 100 million Series E investment round, the company’s valuation reached $ 4.2 billion.