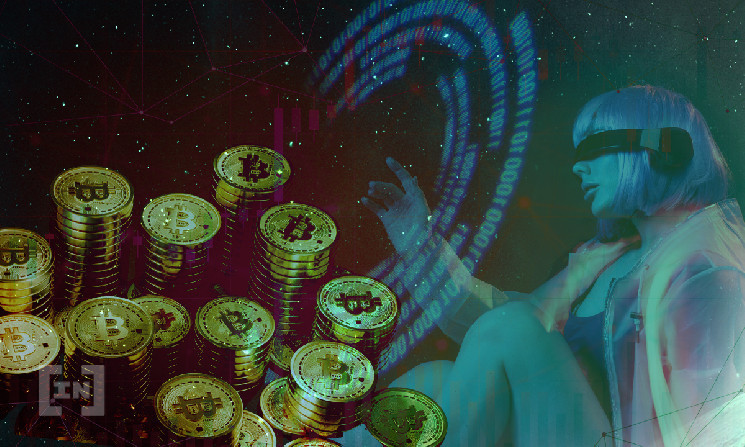 Bitcoin (BTC) formed a bearish candlestick after a rebound

Bitcoin has reached the $ 45,800- $ 47,000 Fibonacci support area. It will be very important for the BTC rate to form a rising low within this area.

Bitcoin peaked at $ 51,936 (red icon) on December 7, but has been declining since then. The maximum was formed near the resistance area of ​​$ 52,400 (Fibo level of 0.382 correction). In addition, in the process, the market turned into resistance the former upward support line, the bearish breakdown of which was made by BTC on December 4.

Thus, MACD is in the red zone and is declining, showing that the short-term MA is moving slower relative to the long-term MA. On December 6, the indicator formed a rising momentum bar (green icon), but resumed its decline thereafter.

The RSI, which is a momentum indicator, has dipped below 50 and is declining, which is also a sign of a bearish trend.

Thus, the daily chart shows a bearish picture. In addition, it is reinforced by the December 9 bearish engulfing candle. These candles absorb and neutralize all the previous day’s gains. 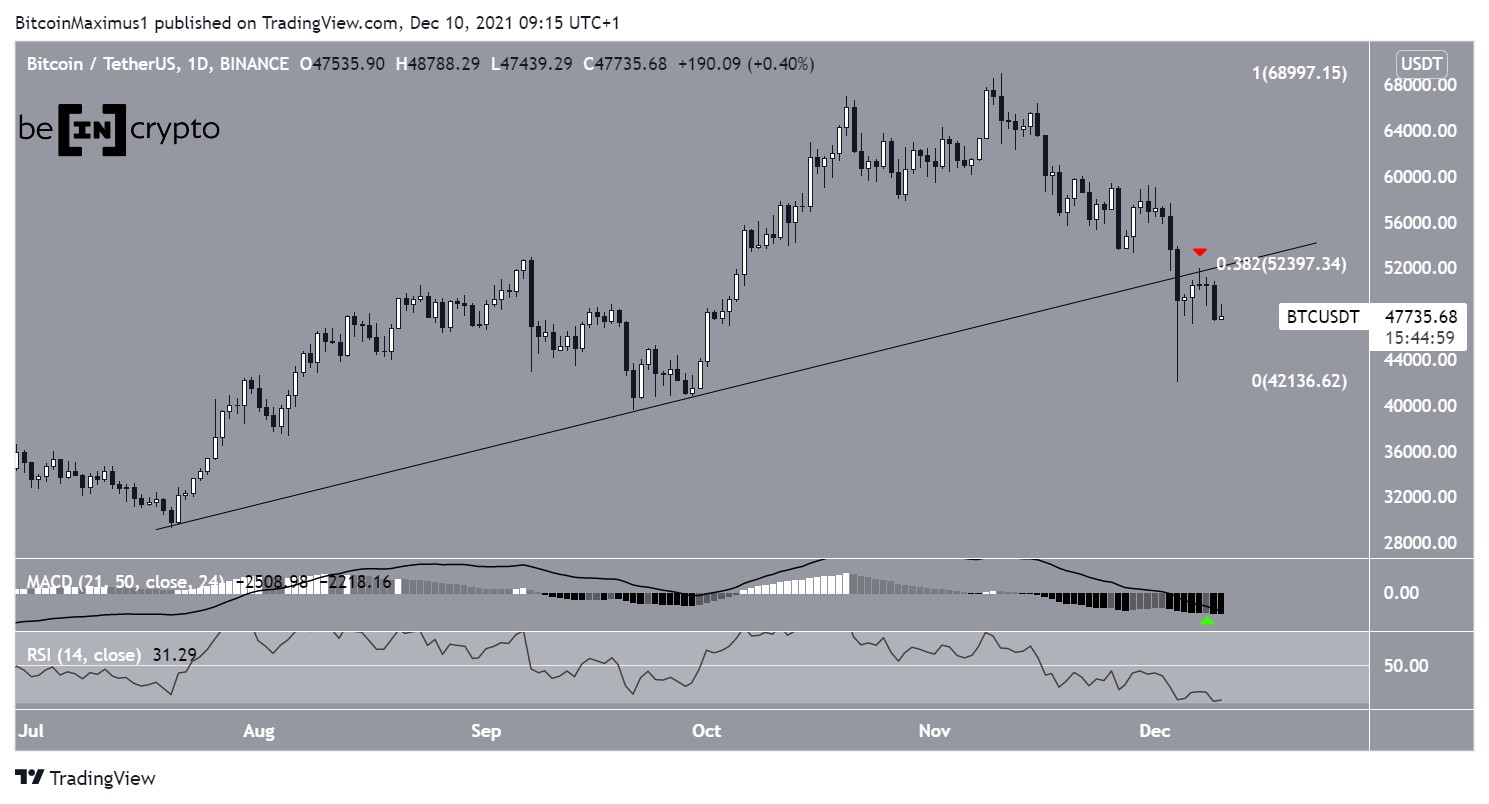 On the hourly chart, BTC made a bearish breakout from the downtrend parallel channel of December 9th. 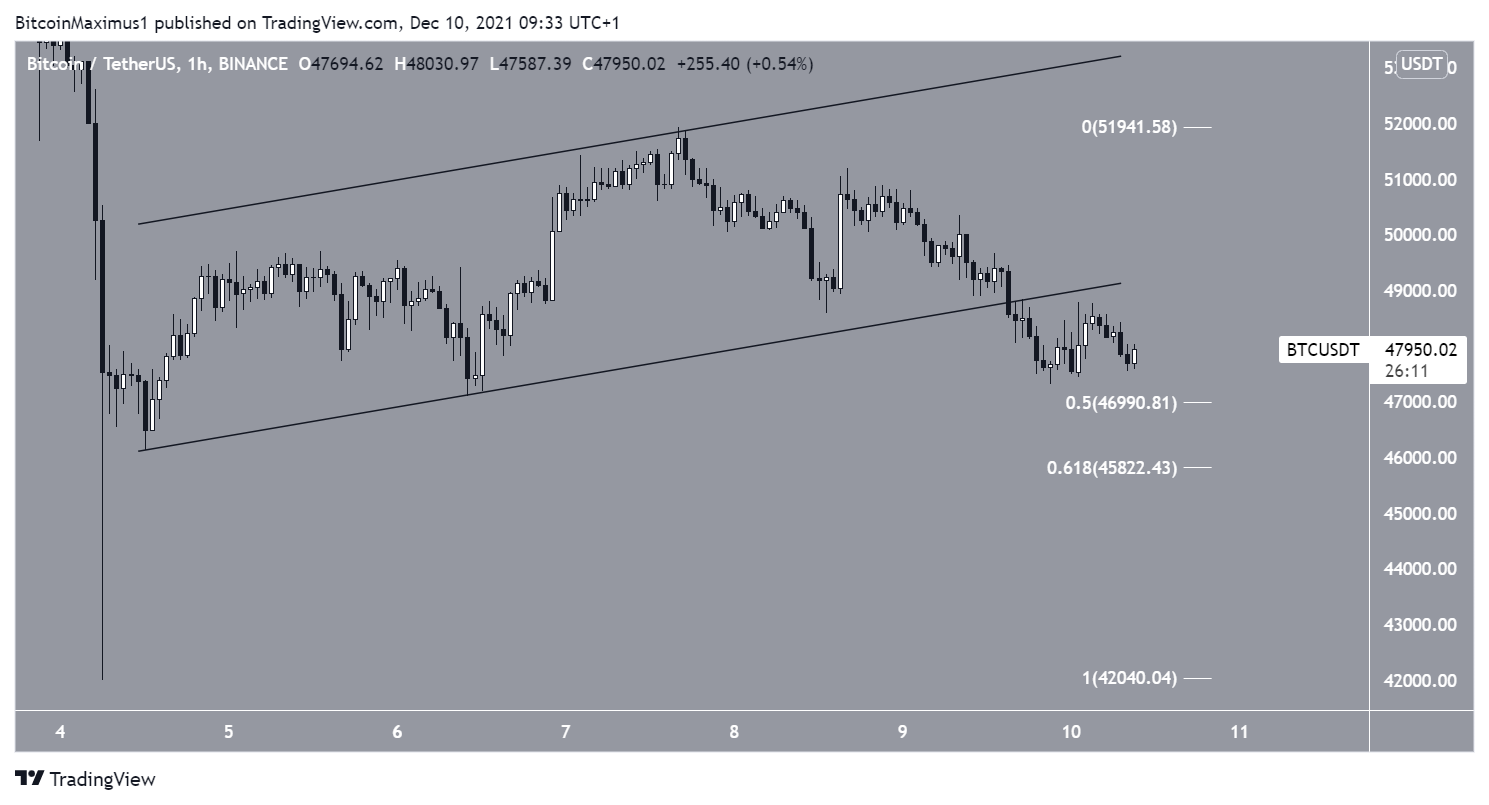 In addition, the BTC rate has been moving along the downward resistance line since December 7. On December 9, the price bounced off it.

Until the bulls manage to break this level, the short-term trend cannot be considered bullish.

According to the most likely scenario of wave analysis, the slight rally in relief is part of sub-wave B (black) of a longer-term wave 2. This could potentially lead BTC to the $ 58,800 resistance area (0.618 Fib level).

The results of the subwavelength analysis are shown on the chart in red. 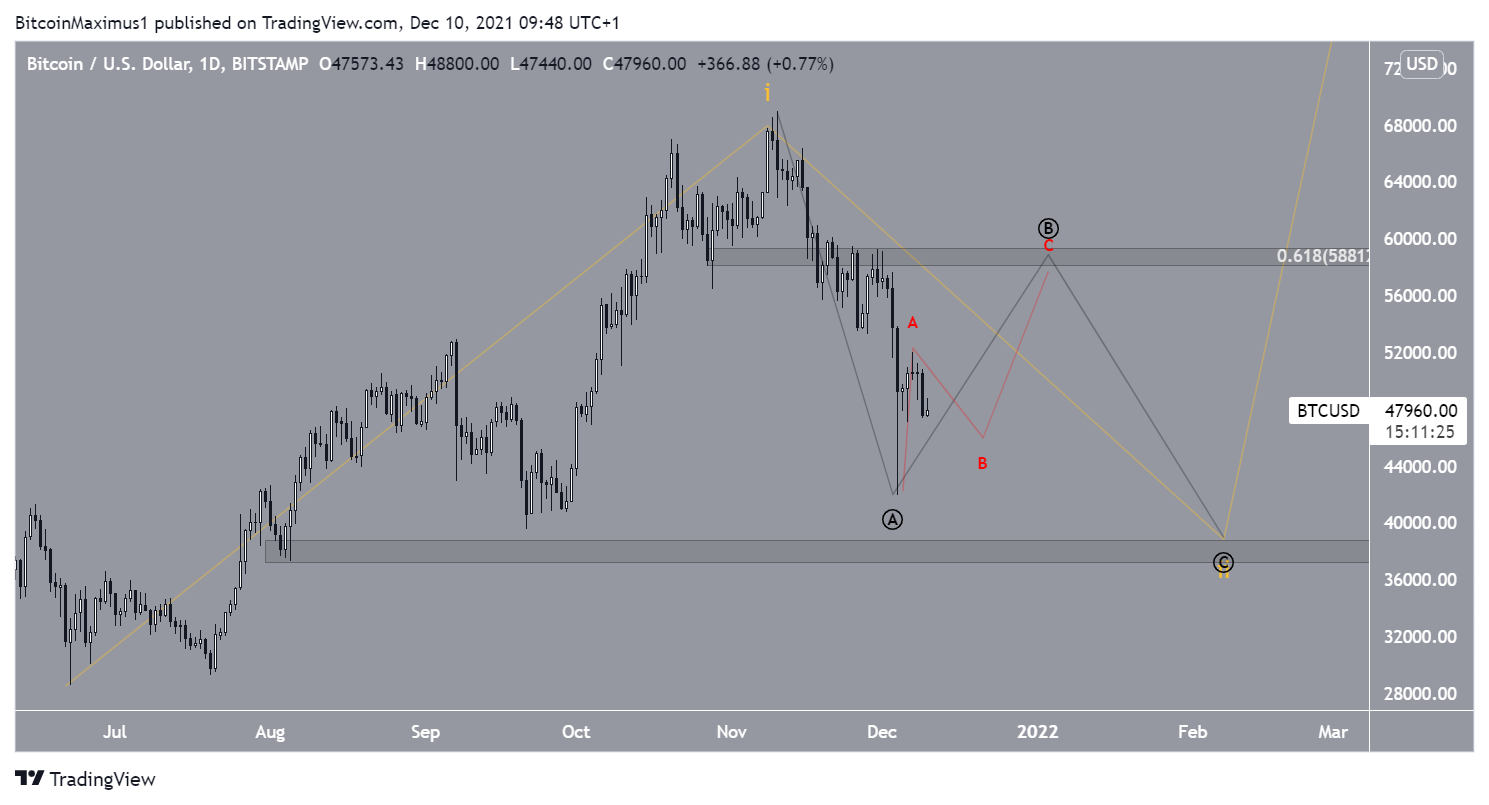