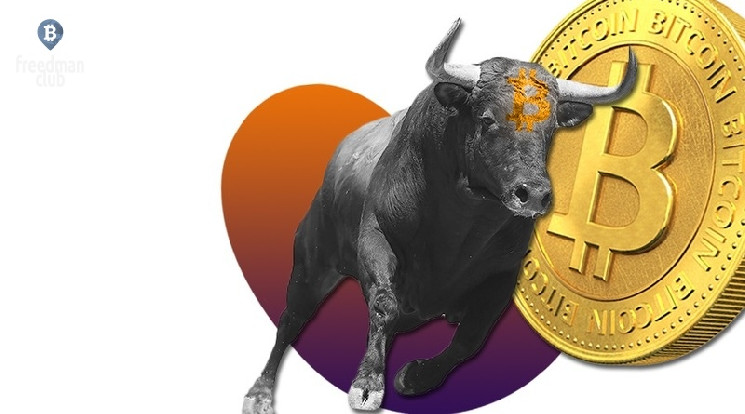 $ 69K is not the pinnacle of this Bitcoin cycle

PlanB insists in its research that $ 69K is not the price for Bitcoin. The asset will have to install new ATHs in this cycle, he says.

Bitcoin price has dropped dramatically over the past few weeks. The difference between the all-time high and the current cost is $ 20,000. This triggers a lot of statements by various experts and speculation in the news, many are sure that the bears have taken control of the chart of the leading asset.

PlanB, contrary to the majority, continues to believe in the rapid growth of the asset and assures that 69 thousand is far from the limit for this cycle of halving. Halving (halving) is a halving of the miner’s reward for a mined block every four years.

69 thousand dollars is not a price for Bitcoin

November has historically been one of the best months for BTC, and 2021 has proven that once again. The value of the asset a month ago was 60 thousand, and after Bitcoin quickly surpassed the previous record maximum, stopping at around 69 thousand dollars. This means that at that time, the flagship cryptocurrency has grown by 140% since the beginning of the year.

But then the situation began to deteriorate rapidly, and by the end of the month the asset dropped below $ 60,000. Last week, the cryptocurrency sharply lost $ 16 thousand, dropping to the $ 42 thousand mark. On December 10, at the time of this writing, the value of the asset is $ 49,000, which is about 30% lower than ATH.

Such a sharp pullback awakened critics who were quick to lash out at Bitcoin. Many of them are referring to the current ATH as the top of the cycle, referring to the bear market, which is likely to drag on.

The well-known crypto enthusiast PlanB also decided to break into the quarrel between critics. He is known as the creator of a stock-to-flow model that has recently been proven to be flawed. Still, the analyst claims that a true bear market means an 80% retracement. Simply put, if PlanB turns out to be right, then this will lead to the fact that the price of BTC will be 14 thousand. dollars, which is below the 2017 ATH of 2 thousand. 0 dollars and, more importantly, below the 200-week moving average.

As you can see from the chart below, Bitcoin has never dropped below 200WMA and PlanB believes that this “will never happen.”

Institutions will prevent cryptocurrencies from falling too low

Back in 2017 and especially in 2018, BTC actually entered a one-year bear market, in which its price fell by about 80%. However, there are some very significant differences right now, especially in terms of acceptance.

The 2017 and 2021 markets are significantly different. Indeed, in the first case, the value of the asset fell by 80%, but this time it is supported by many companies and wealthy retail investors. Then there were no mega-corporations like Tesla, Square (Block) and MicroStrategy, which have already invested billions of dollars in an asset and keep it in their accounts. It is also worth noting the development of exchange products – then there were no spot or futures BTC.

In 2017, many believed in the power of hype, but now they are increasingly thinking about the practical technical component of the digital asset market and their application in real life. Today there is El Salvador – a country that has accepted Bitcoin as a means of payment, there are many foreign banks that recognize the cryptocurrency and plan to use it.

Rally 2017 was held by retail investors who wanted to profit from a new, incomprehensible thing. Now the retail trade has already lagged far behind and it is banks and mega-corporations that are the main driving force of the asset.

Bitcoin has also become widespread as an alternative payment method for many merchants. However, the leading asset is not very suitable for paying for coffee – its power will fully unfold over time, so it would be wiser to accumulate it, like whales like Tesla and Microstrategy.

All of the above confirms PlanB’s claim that bears will not be able to bring the asset down 80% from its current all-time high.