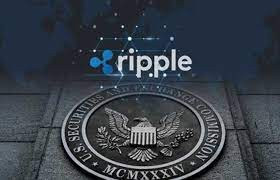 this is how a DPP dispute can affect the process

According to the latest update in XRP, both parties provided additional details of the Deliberative Process Privileges (DPP) in the Defendant’s Forced Disclosure Request, citing the Second Circuit ruling in Natural Resources Defense Council (NRDC) v. US Environmental Protection Agency (EPA) ). The NRDC verdict changed the scope of the DPP, further tipping the XRP case in favor of the SEC, especially with regard to documents submitted for consideration in private session.

The SEC noted that under the NRDC’s decision, the agency is not required to link its records to a “one-off, separate decision” to obtain DPP protection. Rather, the ruling clarified that the SEC has the power to define more broadly the “decision-making process” to which the records refer, rather than limiting it to a single decision. As such, the XRP plaintiff could now be barred from seeking protection for the three additional documents that were submitted to the SEC for consideration in closed session, given that they fall under the “consultative process”.

“Since all undisclosed documents are linked to a particular decision or decision-making process, DPP protects them all from disclosure,” the SEC wrote.

In addition, the SEC argued that, pursuant to the NRDC’s ruling, the DPP also applies to “message records”, defined as “records relating to an agency’s decision on how to communicate its policy to people outside the agency”. Complainant’s internal communications about the content of speeches and other public communications are “message records” and are now protected by the DPP. In addition, they do not have to be associated with “definitively or inconclusively defined policies”.

“The agency ‘makes’ political judgment’ by communicating its policies to people outside the agency, ‘and therefore these’ recordings reflecting discussions – as opposed to purely descriptive discussions – about these decisions are reserved [DPP]», Added the SEC.

Ripple contested DPP protections for the SEC, arguing that under the NRDC ruling, government agencies such as the SEC in the XRP case are responsible for linking an undisclosed document to a “specific decision” or “specific decision-making process” that the SEC was unable to comply with. …

According to Ripple, the SEC has never stated that it has initiated a political process to regulate digital assets as securities. Subsequently, the defendants argued that the plaintiff was unable in the first place to identify any specific decision or decision making, as a result of which it is not eligible for defense under the updated scope of the DPP.

“The SEC’s theory in this case was that digital assets like XRP are clearly securities in accordance with a 75-year-old legal precedent, making political decisions unnecessary,” Ripple wrote.