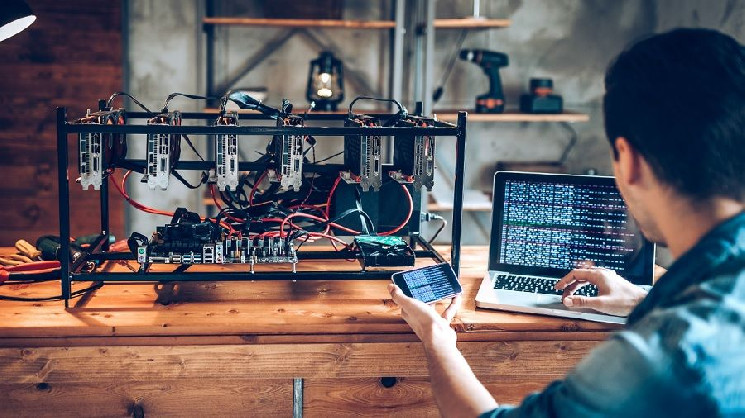 The number of underground miners in Russia can reach 100,000 people

Sources of Izvestia warn that due to the popularity of mining, “household” energy consumption in some regions of Russia may increase by 2.5 times. This will lead to overloading of electrical networks and accidents.

As Mikhail Khardikov, head of the energy business at En +, noted, if the growth of underground mining continues, then in the near future in Russia massive accidents in the energy industry may begin. At the same time, Igor Runets, the general director of the Bitriver mining company, emphasized that already in some regions there is a significant increase in the number of accidents, especially in winter.

Runets said that the regions with the lowest tariffs for the population are the most attractive for miners. These include the Irkutsk Region, the Krasnoyarsk Territory and some regions of the European part of Russia, in particular, the republics of the North Caucasian Federal District.

Deputy Director General for Cooperation with Authorities and Civil Society Institutions Rosseti North Caucasus Sergei Polyakov said at a meeting of the Interdepartmental Working Group on the RD Fuel and Energy Complex that Dagestan is the leader among the North Caucasian regions in terms of the number of unregistered miners. For 10 months of 2021, the volume of electricity in Dagestan, which was used by private mining farms, exceeded 41 million kWh. This is about the same as the output of the Gunibskaya HPP.

Polyakov called on law enforcement agencies to take special control of raids against illegally connected miners. He suggested that the Ministry of Energy apply to the Government of the Russian Federation with an initiative to amend the Criminal Code of the Russian Federation in terms of reducing the amount of property damage caused to the owner in the event of theft of electricity, upon reaching which criminal liability arises.

Deputy Minister of Internal Affairs for RD Dmitry Gutyrya said that a special unit had been formed to reveal the facts of illegal mining. In 2021, several miners were prosecuted.

Magomed Abdurashidov, director of the Dagenergo branch, said that in the course of joint operations with the police, 25 mining farms were closed, which stole 26 million kWh and caused damage to the Republic in the amount of more than 70 million rubles. He added that 122 thousand cases of failure of electricity metering devices were recorded in the region. As a result, for 11 months of this year, 432 million kWh were not taken into account and attributed to losses, which is more than 1 billion rubles. In his opinion, this leads to an increase in the consumption of illegal mining farms.

At the end of the meeting, the Head of Dagestan Sergei Melikov demanded that all the facts of illegal mining in the republic be dealt with, since this issue requires the utmost attention.

Earlier, the Governor of the Irkutsk Region Igor Kobzev published a letter to Deputy Prime Minister Alexander Novak with a request to assist in the recognition of mining as an entrepreneurial activity. It seems that the Ministry of Energy supports such a proposal, since the tariffs for enterprises are much higher than for the population. That is, underground miners, one might say, are subsidized by other companies. One of the possible solutions could be the introduction of a tariff scale for the population, in which small consumers will pay a low price, and with an increase in energy consumption, the tariff will rise.

As Andrey Loboda, an expert in the field of financial communications, emphasized, if underground mining in Russia can be pulled out of the shadows, this could lead to the rapid development of this industry. Indeed, in the Russian Federation there are enough regions with an excess of “green” energy.

Irkutskenergosbyt has already begun the fight against shadow mining. The electricity supplier has filed civil suits against the owners of private mining farms for 73.3 million rubles. A positive decision has already been made on 9 lawsuits – the miners will be transferred to tariffs for enterprises, and as a result of the recalculation of tariffs, the defendants now have to pay 18.7 million rubles. However, filing a claim on a case-by-case basis is an extremely ineffective and time-consuming process. A comprehensive solution is required from the authorities.

In May, the Russian Interior Ministry announced the arrest of a suspect in the theft of electricity, which caused damage to 4.5 million rubles. A resident of Dagestan illegally connected to the electrical network for cryptocurrency mining. Recently, an underground mining farm was discovered in Moscow, which consumed electricity for 500,000 rubles a day. The miners were illegally connected to the Rosseti line. This month, Rosseti reported on the increased activity of illegal mining farms in connection with the growth of bitcoin. This can overload power grids.