Spartak and Floki cryptocurrency. Is this even legal?

Many people believe that advertising of cryptocurrencies is prohibited in Russia. The lawyer commented on the news about the cooperation of the Moscow football club with the “memorial” token Floki 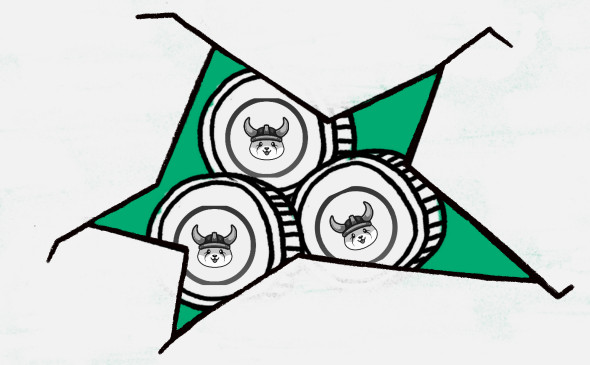 On December 8, the Spartak-Moscow football club announced a partnership with the developers of the Floki Inu memorial token. As part of the agreement, the altcoin logo will appear on jerseys and LED panels along the team’s pitch. Floki Inu already sponsors football clubs Bayer Leverkusen and Napoli, and also partnered with world boxing champion Tyson Fury.

What the law says

In January 2021, the law “On digital financial assets” came into force in Russia. According to the law, the definition of digital currency is universal and allows it to be applied not only to crypto-assets issued in Russian information systems under the supervision of the Bank of Russia, but also, for example, to bitcoin.

The law “On CFA” does not prohibit cryptocurrency in Russia from buying, selling, or performing other transactions with it, but Russian residents cannot receive cryptocurrency as payment for goods, works or services.

The Law on Digital Financial Assets prohibits the dissemination of information about the possible use of digital assets as a payment instrument. There are no other bans on cryptocurrency advertising in Russian legislation yet.

What the lawyers say

Moscow Digital School expert Efim Kazantsev believes that at the moment there are no legal obstacles for the Floki Inu logo to appear on Spartak’s shirts. However, it is impossible to say that such advertising is directly permitted, added Yuri Borisov, a member of the Commission on Legal Support of the Digital Economy of the Moscow branch of the Russian Lawyers’ Association.

Now there is no clear understanding of this issue, explained Borisov. The situation is even more complicated with regard to other virtual assets, he said. For example, NFTs are not limited by law, but advertising such tokens without disclosing the mechanisms of their implementation means secretly advertising cryptocurrency. And it is prohibited to receive cryptocurrency for goods, works, services. Thus, such advertising violates at least two prohibitions.

“With proper elaboration, it is possible to advertise such products, but you should think through every step and every letter of advertisements, analyzing the risks in a comprehensive manner,” the lawyer warned.

What in the world

In October of this year, ads with the slogan “Missed Doge? Get Floki ”. Residents of the British capital could see such announcements on buses, trains and subway stations.

On November 19, it became known that the UK Advertising Standards Authority (ASA) began checking the advertising campaign of the “meme” cryptocurrency Floki Inu. The regulator checks the legality of promoting such products in public transport systems.

Football is far from the only sport that advertises cryptocurrency projects. In November, cryptocurrency company Crypto.com entered into a 20-year agreement with AEG, which owns the Staples Center in Los Angeles. The stadium will be renamed Crypto.com Arena on 25 December.

In the summer of this year, Crypto.com platform signed a partnership agreement with the UFC mixed martial arts promotion. According to sources from CNBC, the site will pay the UFC $ 175 million over 10 years. As part of the agreement, the Crypto.com logo will be featured on combat gear, including the athletes’ clothing they wear in tournaments, as well as staff clothing.

Also at the end of June, Crypto.com entered into a partnership agreement with the Formula-1 racing series, the deal amounted to $ 100 million. The platform received special advertising slots on the tracks of the championship.