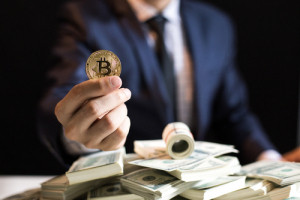 MicroStrategy invested another $ 82 million in bitcoin, increasing its reserves to 122,500 BTC

According to reports to the US Securities and Exchange Commission, the purchase was made between November 29 and December 8. The average purchase price of bitcoin was $ 57,477. Thus, most of the investment was made before the market decline last week, when the price of cryptocurrency fell below $ 46,000. The purchase was financed through the sale of its own shares, the company said in a statement.

As of December 8, MicroStrategy owned 122,478 BTC worth over $ 6 billion, which is the largest position among all public entities. In total, since the middle of last year, MicroStrategy has invested $ 3.66 billion in bitcoin, and the average purchase price was $ 29,861.

In the third quarter, MicroStrategy added almost 9,000 BTC to its reserves. At the end of November, the company announced that it had invested $ 414 million in Bitcoin in two months.