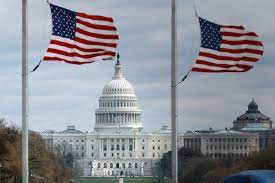 If XRP is a security, list it on US exchanges: Brian Brooks said in Congress

Participants from the cryptocurrency industry subsequently noted the high level of politicians’ involvement and their desire to interact, although the opinions of politicians about the industry were very different. Unlike previous meetings, where the emphasis was on the use of bitcoin in fraudulent schemes, this time politicians were interested in the technology underlying cryptocurrencies and the options for its use.

Much attention was paid to the issue of regulation of the cryptoindustry. So, Anthony Gonzalez noted that the inability of American regulators to come to a consensus regarding the supervision of the cryptocurrency market hinders the development of industry companies. Another senator, Jake Okincloss, said the “regulation by enforcement” regime is unfair to crypto companies that have to switch between different regulators.

Industry officials called on Congress to clarify the mandate of agencies like SEC and CFTCas well as allowing stablecoin issuers to become part of the existing banking system.

Former Coinbase chief security officer Brian Brooks has proposed to Congress that XRP should be listed on any legal US exchange if regulators such as the SEC would treat it as a security without limiting its functionality and operation.

Brooks used the XRP example to point out an existing problem with placing digital or crypto assets under traditional financial regulation. To treat cryptocurrencies as securities, the regulator must gain full control over a digital asset to protect American investors, which is impossible due to the decentralized nature of some assets.

How to recognize cryptocurrency?

According to Brooks, regulators and officials should treat digital assets as what they are, rather than pushing them into the boundaries of currently defined definitions. According to the CEO of BitFury, digital assets have value that people are willing to pay for and also represent some kind of core activity.

Brooks also added that Congress should allow cryptocurrency to “enter”, with the intention of making the current rules more tolerant of cryptocurrencies and removing restrictions on their functionality in the economic space, since they do not pose any threat to the existing United States economy.