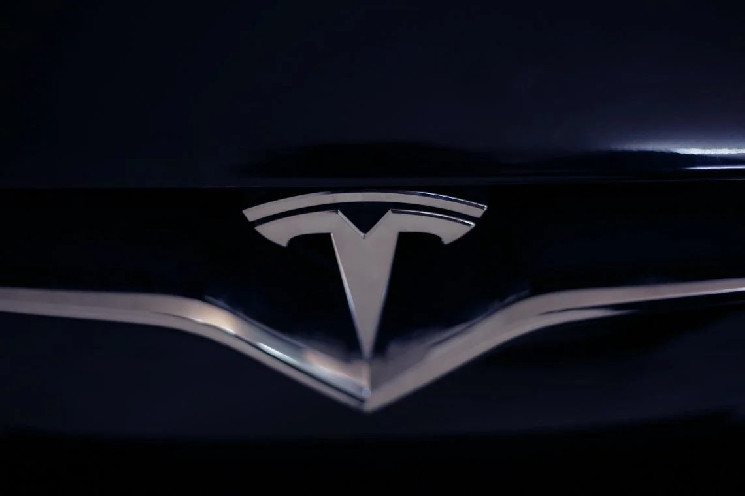 A transaction on Tezos requires 0.0016 kWh or less of power to charge an Apple tablet for 10 minutes. 100 Tezos transactions are equivalent to driving a Tesla Model 3 vehicle over a distance of 10 km. The energy consumption of the entire Tezos network throughout the year is roughly equivalent to that of two households in the United States.

The question arises as to how competing blockchains such as Tezos, Polkadot and Solana will continue to operate in the market after Ethereum’s transition to ETH2.

In the meantime, a study by Cointelegraph Research found that the Ethereum network currently uses more power than Costa Rica all year round. By comparison, a single transaction in Ethereum consumes roughly 30 kilowatt hours, which is the equivalent of powering a house in the United States for a full day. 100 Ethereum transactions is the equivalent of a Tesla Model 3 electric car traveling about 390 kilometers. However, the upcoming transition of Ethereum to ETH2 will change the picture for the better. 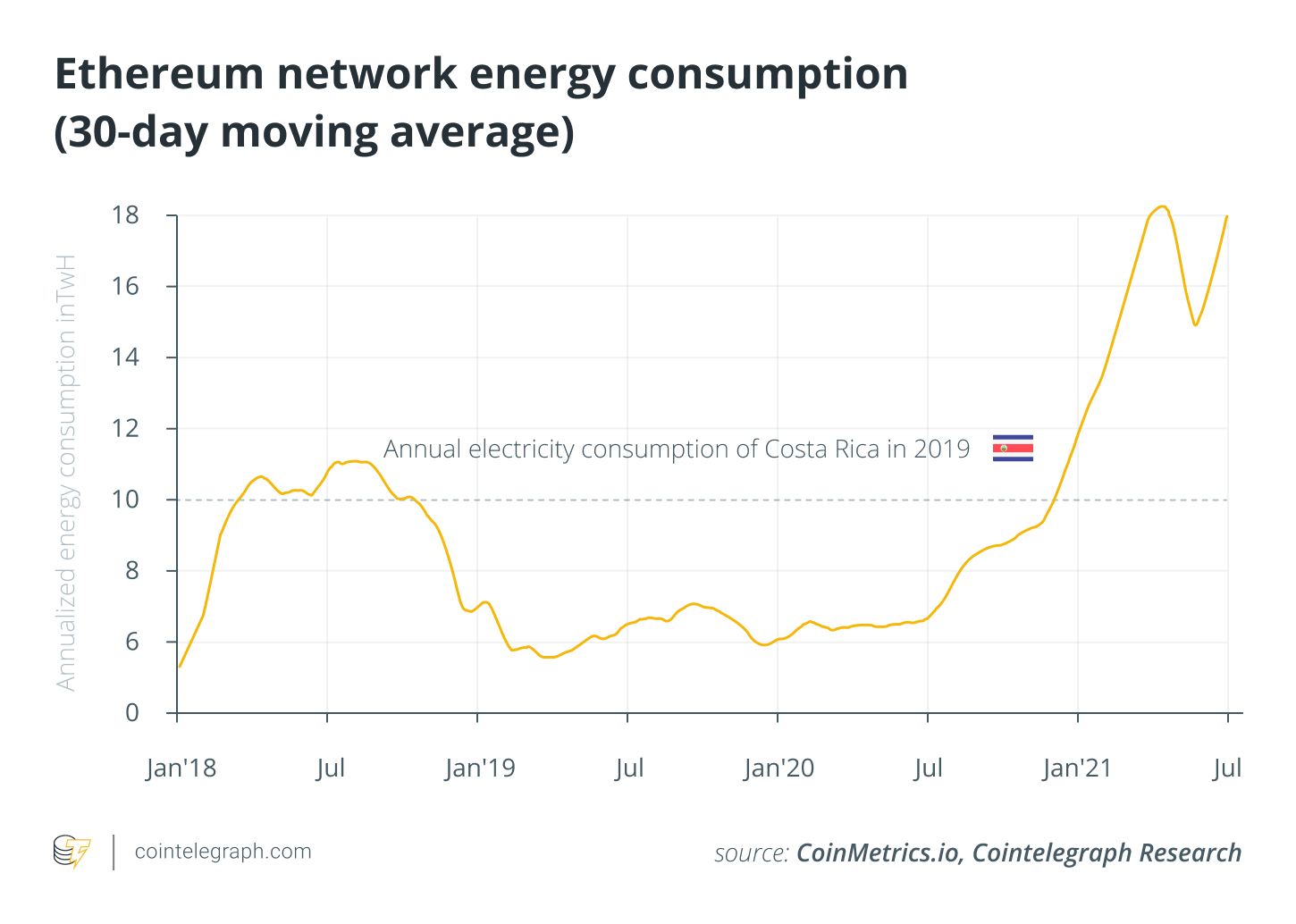 Blockchain power consumption has long been the subject of heated debate, and it is directly related to the blockchain consensus mechanism. Ethereum uses proof of work (PoW) and Tezos uses a proof of stake (PoS) algorithm.

When solving the problem of energy consumption, first of all, it is necessary to distinguish between transaction costs and network maintenance costs. Naturally, in this case, PoW will always lose to the PoS blockchain. 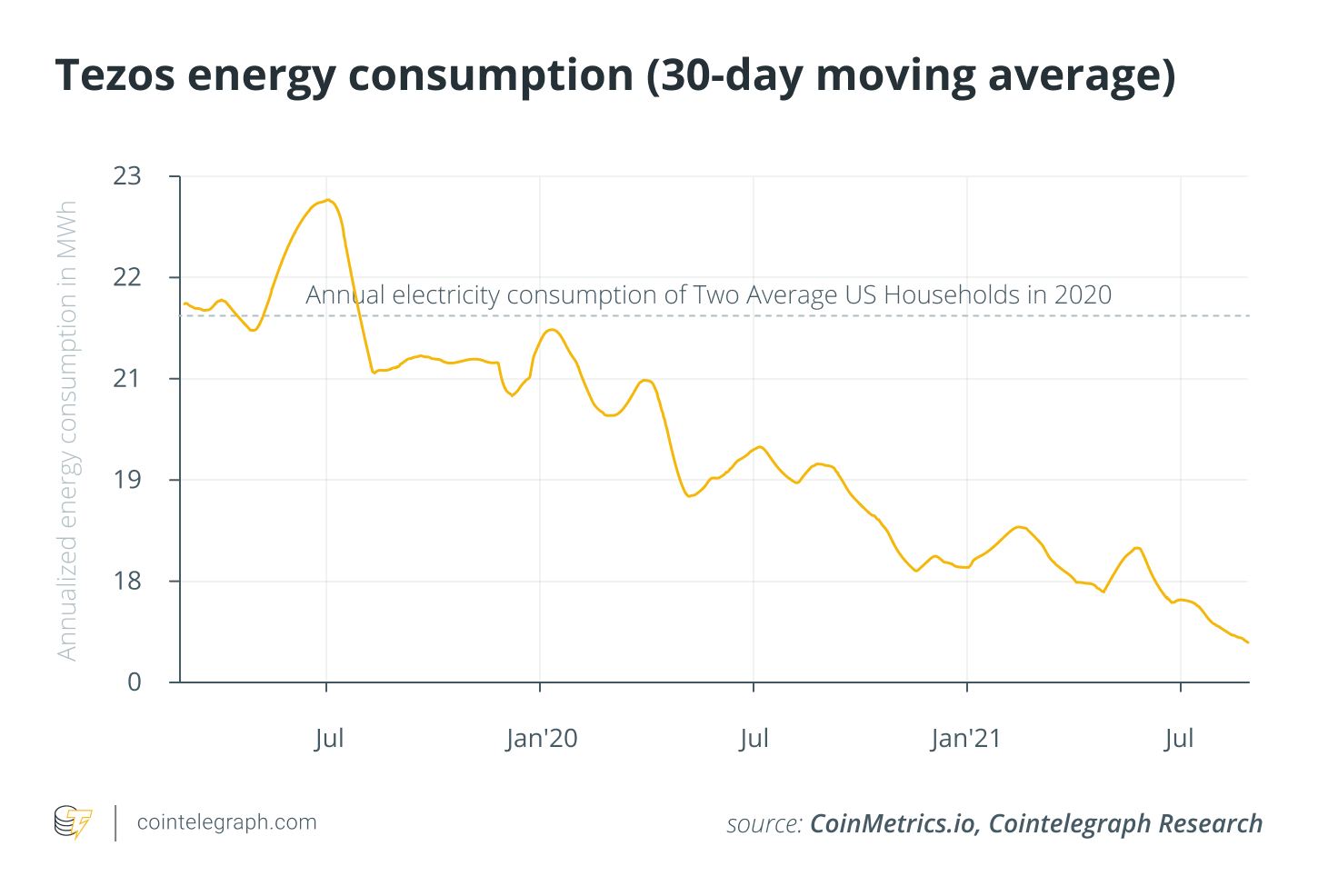 The PoW blockchain network relies on a large number of miners to contribute to the computing power of the network to keep it secure. Thus, Ethereum’s energy consumption is not directly related to the number of transactions. Each transaction has only a minor effect on the total energy consumed.

2023 brought a significant increase in fees on the Ethereum network