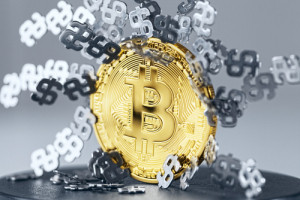 The third largest holder of bitcoin among all wallets acquired more than $ 150 million worth of cryptocurrency during the recent market crash.

According to BitInfoCharts, the wallet balance increased by more than 3,000 BTC in a couple of days and reached a record amount of 118,405 BTC worth almost $ 6 billion at the current exchange rate. The profit of the wallet in recent years as a result of the rise in the value of bitcoin is over $ 3 billion.

The specified address began to show activity in February 2019 with a bitcoin price of about $ 3,000. Initially, having received 10,000 BTC, the wallet collected more than 100,000 bitcoins in the following time. The average purchase price in his case is $ 21,160.

While there is always the possibility that such a large wallet could be owned by an exchange, this version has opponents.

“Transaction volume and behavior do not support this version. Very unlike other cold wallets. He often buys on pullbacks and sells on rallies, showing a tendency towards long-term retention, ”writes an analyst at VentureFounder.

Markus Sotiriou, a trader at the British brokerage company GlobalBlock, believes that large Bitcoin purchases support the outlook for a continuation of the bullish trend.

“The digital asset markets have experienced huge sales from the whales, which were transferring bitcoins to exchanges at a staggering pace,” he told The Independent. – I don’t think this is the end of the bullish cycle. The last depreciation is consistent with the theory of its continuation. Thus, the bull market could move into 2022, contrary to the predictions of many analysts to reach a maximum in 2021. “