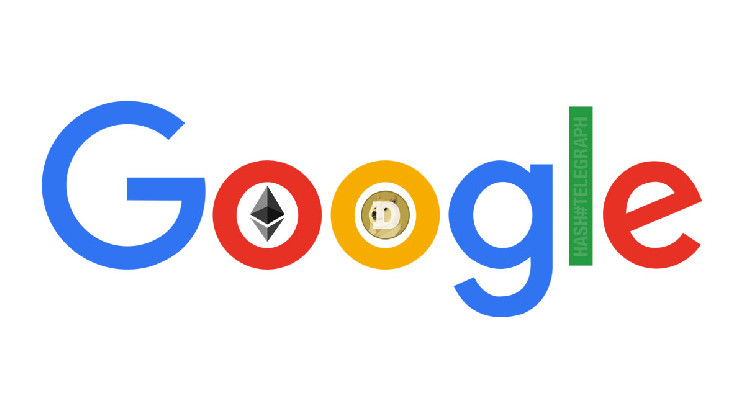 Cryptocurrencies Ethereum and Dogecoin were included in the list of the most popular search words in 2021 according to Google.

Yesterday, the most popular search engine published its traditional annual top 10 search queries for the year in several categories – news, people, games, movies and others.

According to Google Trends, Dogecoin is ranked fourth in the news category. Moreover, both throughout the world and separately in the United States. News related to the query “Ethereum Price” is ranked tenth in the top. In addition to the names of cryptocurrencies, news readers were interested in Afghanistan, the COVID-19 vaccine and other interesting things. 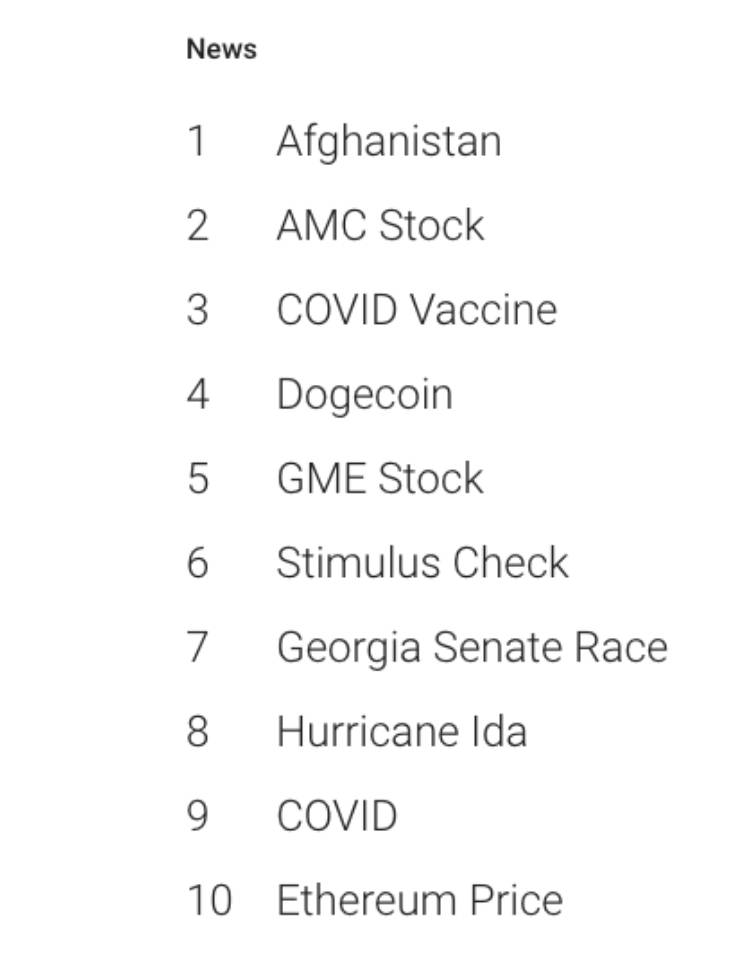 Top 10 search words in the “news” category according to Google

Interestingly, the largest and most expensive cryptocurrency, Bitcoin, does not appear in any category of requests. Not in the world, not in the United States.

Dogecoin token was created in 2013, it is, in fact, one of the oldest coins on the cryptocurrency market. Listing the token on exchanges such as Binance and OKEx has strengthened its position by creating more stable trade flows and interest in coin hoarding. Exchange representatives note its convenience, low transaction fees and reliability. It’s no surprise that someone decided to hurry up and sell a unique token with the image of a famous dog.

Dogecoin has grown in popularity this year thanks to tweets from Elon Musk. The famous billionaire dearly loves the “dog coin”, often writes about it. In February, he revealed that he had set up several small mining farms to mine Doge with his children. In May, cryptocurrency publication Decrypt published an article claiming that the billionaire and Tesla creator has been advising Dogecoin developers since 2019.