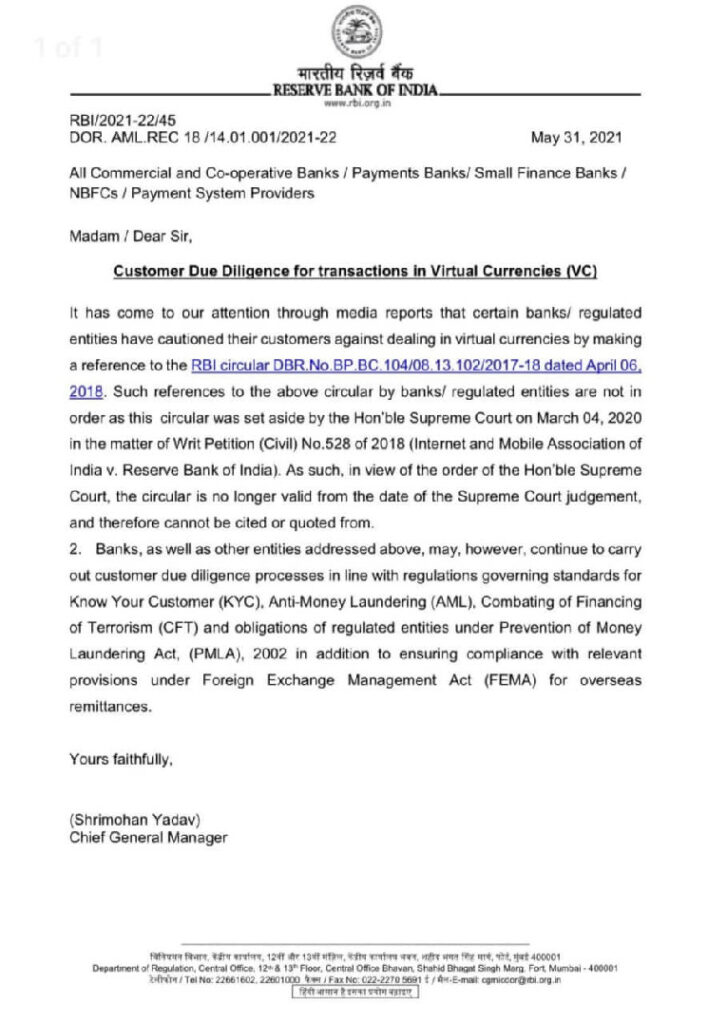 While global attention is focused on the upcoming regulation of India’s cryptocurrency, Reserve Bank of India (RBI) Governor Shaktikanta Das just highlighted concerns over the country’s Central Bank Digital Currency (CBDC). One of the most important goals of the CBDC launch has to do with consumer protection, not the centralized nature of a government-backed digital currency.

However, Das noted that RBI has doubts about cybersecurity and digital fraud issues, citing the launch of the CBDC. Das compared the cybersecurity threat and potential digital fraud through the CBDC to the threat of India’s former counterfeit banknote problem. He emphasized the need to take extra care when building a robust CBDC security system along with resilient firewalls.

“The main problem arises in terms of cybersecurity and the possibility of digital fraud. We have to be very careful with this, just as we had a serious problem with counterfeit Indian banknotes a few years ago. Similar things can happen when you run CBDC … In the CBDC universe, we have to be much more careful about cybersecurity and taking preventive measures to prevent any kind of fraud, because there will be attempts. We must have reliable systems and firewalls, ”Das told Business Today.

RBI confirmed last month that it plans to launch a pilot version of CBDC no later than the first quarter of next year. According to comments from a senior central bank official at the Banking and Economic Conclave of the State Bank of India, RBI aims to have an active pilot CBDC project by early 2022.

However, the authorities stressed that they will be careful in this process, given that the CBDC RBI could steer India to Web3. In addition, central banks around the world have become more cautious following controversy over CBDC fraud in China.