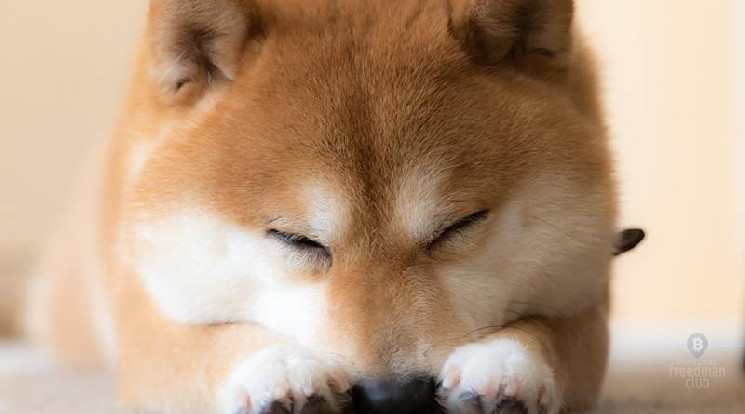 Despite the fact that SHIB has literally exploded user interest for several weeks, new market data suggests that the popularity of Shiba Inu tokens has significantly decreased.

The data shows that interest in the search term “SHIB price” has dropped 92% since October on Google Search, according to data from Google Trends, a website that analyzes the popularity of Internet searches.

Indeed, from October 27 to December 5, searches for the keyword “SHIB price” dropped an astounding 92%, as the interest in the query was 100 points, which is the highest possible search interest for the specified time and location. , compared to 8 points on December 5.

Interestingly, interest in the keyword “SHIB price” in a Google search among the top 10 countries as of December 8 shows that the Balkan country of Kosovo leads the number of searches with a score of 100, followed by Nepal with 70, and the United States third place with 62.

It’s worth noting that the rest of the 10 countries that used this search query are Nigeria, Estonia, Canada, Singapore, India, Australia, and Pakistan.

Interest in SHIB is potentially declining

It’s hard to say conclusively if interest in SHIB is waning as there are currently other things to look into, including the recent sudden market crash that appears to have had a negative impact on many altcoins, with most trading well below theirs. record highs.

Moreover, SHIB was recently added to the Kraken crypto exchange, which means the digital asset is now listed on all 10 major crypto exchanges including Binance, Coinbase and KuCoin.

Additionally, CoinGate and VirgoCX, two of the fastest growing exchanges and trading platforms in the cryptocurrency industry, have both listed the asset.

Of course, the latest data contrasts with data from October 27, when interest for the keyword Buy SHIB on Google hit a 3-month high; at the time, interest mainly came from Puerto Rico, followed by China and the United States.

Not to mention, it was only in the last month of November, which we talked about in a previous article, when SHIB officially hit the milestone of one million holders, despite a slight decrease in the number of holders on November 19, which was the first decrease in holders since the beginning of October. …

What might add to the notion that the frenzy surrounding the Shiba Inu meme seems to be going away, is that the token’s transactions dropped by 40% in November.

In addition, it should be noted that over 100,000 Dogecoin (DOGE) related pages were published on the Internet in November, which is 13 times more than SHIB.

Over the next months, time will tell if interest in SHIB is waning around the world, or if it’s a one-off disruption in sentiment. Nevertheless, we recall again that the price of an asset has always depended on the sentiment of the “whales” that hold most of the token supply. Therefore, be careful when adding this asset to your investment portfolio.