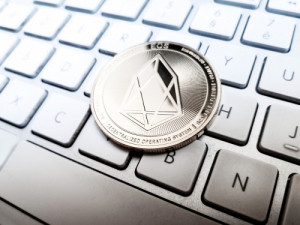 EOS Community Stops Payment of $ 250 Million to Block.one, which Launched the Project

As a result of the vote, it was decided to stop the release of 67 million EOS ($ 250 million), which were to be distributed over the next 6-7 years, writes The Block. The decision also affects Tether co-founder Brock Pierce, who, according to Block.one, should have received half of the tokens.

“With the consent of the absolute majority, the EOS network took its future into its own hands by voting to remove Block.one and stop issuing tokens to them. This is the beginning of a new era for EOS and a reflection of the power of the blockchain to enable the community to oppose corporate interests that do not align with its own interests, ”said Yves La Rose, head of the EOS Network Foundation.

Block.one raised $ 4 billion in an ICO to launch the EOS blockchain in June 2018. The company was also supposed to receive 100 million EOS tokens, or about 10% of the total supply, over 10 years as compensation for supporting the project. According to the EOS Network Foundation, in the following years, Block.one frustrated the community with its unsatisfactory work to promote the real use of EOS. In particular, the company launched the social network Voice, which it refused to post on the main blockchain. She subsequently announced the Bullish decentralized exchange, which also doesn’t use EOS.

In August 2021, the EOS Network Foundation (ENS) was formed, which included network members and block producers. It is led by La Rose, a former director of leading block maker EOS Nation. In November, La Rose announced a new vector for EOS development without Block.one, calling the project a “failure.”