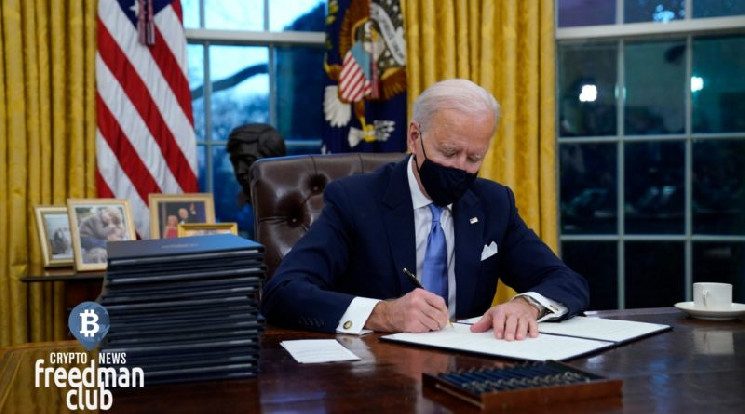 Biden withdrew candidacy for the post of currency controller

At this time, the Office of the Comptroller of the United States will be working with an acting Comptroller. When will be appointed, it is not specified. In response to Omarova’s departure, President Biden announced on December 7 that his candidacy had been subjected to personal insults:

In the American financial system, the foreign exchange controller oversees the regulation of the activities of registered banking institutions. Companies that are associated with cryptocurrencies considered that the candidacy proposed by Biden was not the most successful in this regard. As you know, she was very wary of the topic of cryptocurrencies.

During a Senate hearing in late November, Republican Senator Cynthia Lammis interrogated Omarova about her stance on cryptocurrency and stablecoins. She, in turn, expressed concern that technology companies deploying the infrastructure of stablecoins may put their interests above the state ones.

According to her, private technologies in this area can have a negative effect on the activities of state institutions. Recall that Omarova studied at Moscow State University in Moscow. Also, Republican Senator Mike Krapo asked Omarova to explain her position on state banks, as they are related to climate change. biden

Omarova responded by saying that the banking system had the right to exclude industries that contribute to climate change from business, since they are socially suboptimal structures. Such companies should be deprived of sources of funding from the state.

Since Omarova’s candidacy has been withdrawn, Biden is now forced to seek another candidate for the position. Who it will be is still unknown. Perhaps in a few days a new candidate will be presented, or after the New Year.