U-turns, “whales” and “sideways”. When will the crypto market correction start?

The lack of Bitcoin growth in December, a decline to $ 48 thousand and other conditions that can reverse the current upward trend, as well as prevent the asset from reaching a new all-time high 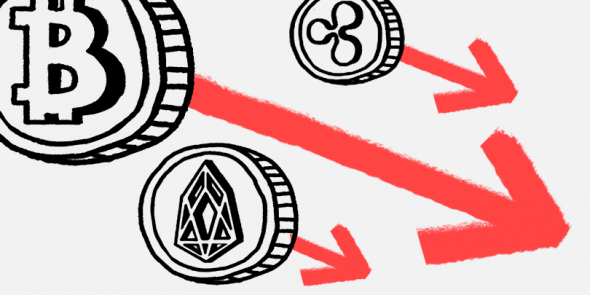 Last weekend, the price of bitcoin dropped to $ 53.2 thousand for the first time since early October. At the end of November, the first cryptocurrency fell by 7%. The experts explained under what circumstances the digital asset market could continue to decline and plunge into a deep correction phase.

The decisive factor for the start of a protracted and deep correction in the crypto market will be the decline in bitcoin to $ 48 thousand, says Mikhail Karkhalev, financial analyst at Currency.com crypto exchange. According to him, this level is key, since during the growth of the asset in the spring, he managed to stop its fall twice and return to growth.

“After the Chinese crypto-nightmare, the level of $ 48 thousand put up serious resistance before the start of a new rise to new highs. Therefore, it seems to me that in the event of a fall below this mark, a downtrend will begin on the crypto market, ”the analyst explained.

The decline in bitcoin to $ 49 thousand was already predicted by trader Michael van de Poppe. According to him, there is strong support at the level of $ 49 thousand, which has already helped bitcoin recover in the spring of this year.

The “whales” are at work

At the moment there are no grounds for starting a deep correction in the market, but they may appear if the “whales” do not start the traditional pre-New Year “rally”, Anton Kravchenko, CEO of Xena Financial Systems, is sure. According to him, in the absence of active growth in December, the market will “cool”. This could reduce the price of bitcoin to $ 45 thousand, the expert predicted.

A change in the downward trend will be obvious only if the bitcoin price drops below $ 40 thousand, leading analyst at 8848 Invest Viktor Pershikov predicted. He believes that in this case the asset may move sideways with a wider range ($ 30-60 thousand) and get stuck in it for a long period.

This means that even in the event of a trend reversal, the market will not experience serious collapses, the analyst explained. According to Pershikov, the market can spend the next year in motion from $ 30 thousand to $ 60 thousand with periodic reversals.