Ether turned out to be more productive than bitcoin in 2021

Since December last year, the cost of Ether (ETH) has skyrocketed by about 530%, while Bitcoin has grown by about 200% over the same time period.

Despite the fact that BTC still exceeds ETH in terms of capitalization, the latter turned out to be the most effective instrument, Bloomberg reports.

Ether is based on the blockchain, which acts as a platform for most DeFi protocols. The so-called metaverse is also deployed on Ethereum, which creates conditions for long-term growth in the value of ETH, the underlying asset of the network, said co-founder of FRNT Financial Inc. Stefan Wellett.

According to him, Bitcoin is viewed primarily as a tool for hedging inflation risks, while ETH acts as a foundation for cryptocurrency companies.

Many institutional investors see ether as a promising cryptocurrency. The increase in interest in it is indicated by the data of the CoinShares company, which recorded an increase in capital investments in Ethereum funds. 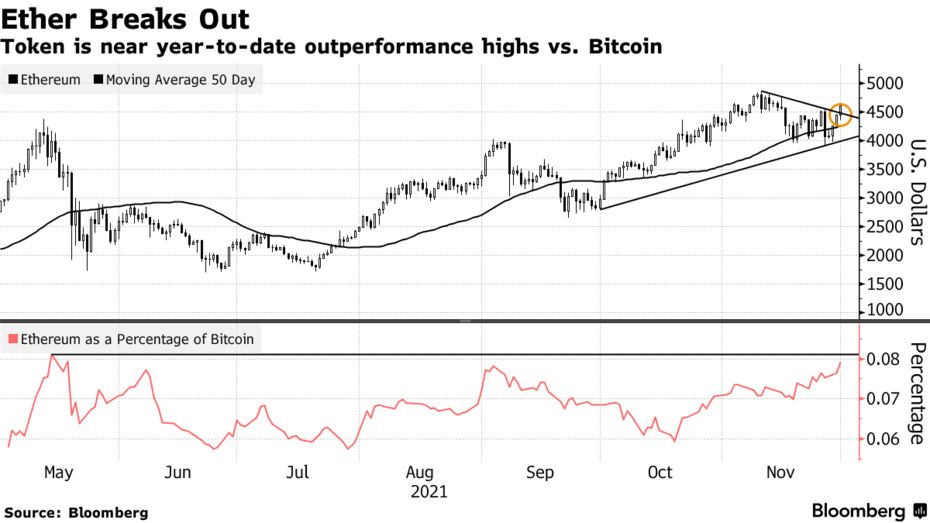