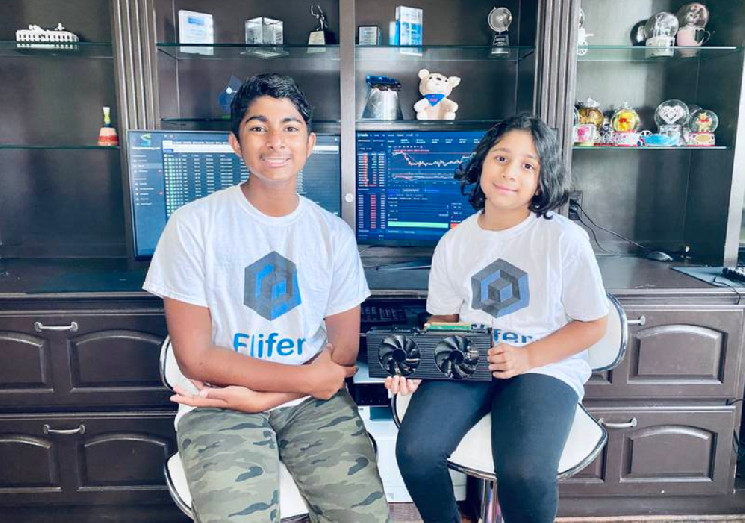 Now a lot of young people are interested in cryptocurrencies and successfully make money from digital assets. However, it is not only young people who make money, but also children. Here is one such case.

A nine-year-old girl from Texas earns more per month than the average American in 2 years. Aanya Thakur and her brother Ishaan learned about cryptocurrencies from their father, a former Wall Street banker. They caught fire with this topic, and over time they mastered mining themselves – moreover, they learned from videos on YouTube and forums on Reddit. In April, they turned their gaming computers into mining pools and earned $ 3 on the first day.

They set their computers to constantly scan so that they look for the most profitable coin and switch to it automatically. Most often it is broadcast. Bitcoin and Ravencoin are in the second and third positions.

Based on their income, the kids seem to have very good computers. That’s what it means to have a banker dad.