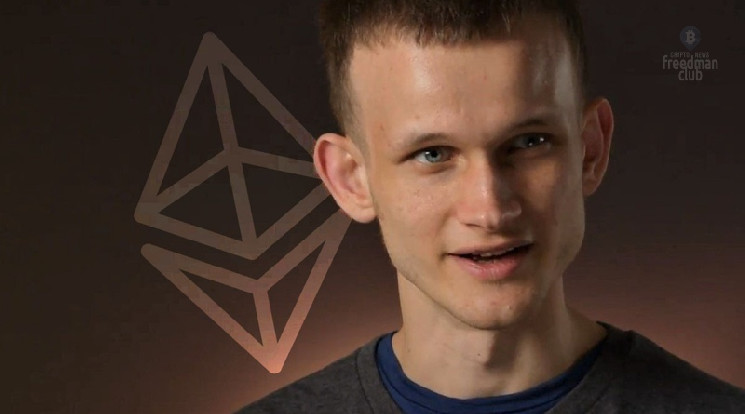 Buterin introduced the latest upgrade, EIP-4488, to limit the prevailing gas price growth in the network. The crypto billionaire has provided the latest short-term solution to contain the rise in the price of gas on the network (ETH). The solution includes a new network upgrade that reduces the cost of transactional data and also limits the total data conversions to a single block.

Rising gas prices on the network are constantly chasing the ETH network, where investors pay a very large percentage to carry out crypto transactions. The sharp rise in gas prices prompted many users to switch to other cost-effective blockchain networks and forced many investors to abandon the network indefinitely.

In an effort to control the rise in gas prices on the network, Buterin proposed a short-term upgrade to the EIP-4488 network, which intends to limit the spike in gas prices.

According to information posted on the Ethereum Magicians forum, Buterin laid out a plan that includes a quick fix solution and ensures that gas prices can be contained by lowering the calldata transaction cost and limiting the total calldata transaction to a single block.

“Simply reducing the price of Calldata gas from 16 to 3 would expand the block size limit to 10 MB. This could push the Ethereum p2p network metric to an unprecedented level of congestion and the risk of network outage. “

What’s more, the new EIP-4488 network update will also help reduce the growing network load by increasing security and protecting the network from reaching its intended “breaking point”. The proposal, once approved, will allow miners to pause the transaction while they are being added to the block as soon as calldata reaches its limit.

Criticism for the new network update

A new solution proposed by Buterin, aimed at stabilizing explosive gas prices on the network, provoked criticism from the side from Ethereum programmers.

The programmers also explained that a new network upgrade could crash aggregate transactions, requiring users to pay an even higher percentage of commissions to make up for the lack of gas for transactions.

“An additional restriction might ask them to pay an even higher commission to outbid the rates of other savings packages competing in the same Calldata space,” said the developer.

Gas prices (ETH) have been a source of constant concern for many investors who regularly use the network to conduct cryptocurrency transactions.