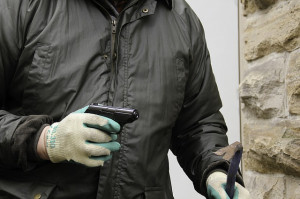 A 24-year-old resident of Tomsk became a victim of hijackers who came for his cryptocurrency savings. According to the Telegram channel “112”, the victim lost his bitcoins for a total amount of almost 370 million rubles.

The crime was committed in mid-October, when the holder of the cryptocurrency, leaving his own apartment, came across an unknown person wearing a medical mask and with a pistol. He demanded that he return to the apartment, where he forced him to transfer 85 bitcoins to a third-party wallet, “nobly leaving the victim 5 bitcoins.” In addition, the laptop, phones and cash disappeared.

After that, the victim was placed on the bed, tied with duct tape. In this state, he spent 8 hours under the supervision of the robber’s accomplice. The latter left on a phone call, and the victim managed to free himself, after which he turned to the police.

The detained 36-year-old suspect confessed to the crime and returned part of the stolen cryptocurrency worth 36 million rubles. Now the investigation is finding out the fate of the remaining bitcoins and other circumstances of the incident. Where the victim got such an amount in cryptocurrency is not specified. It is known that he is not officially employed.