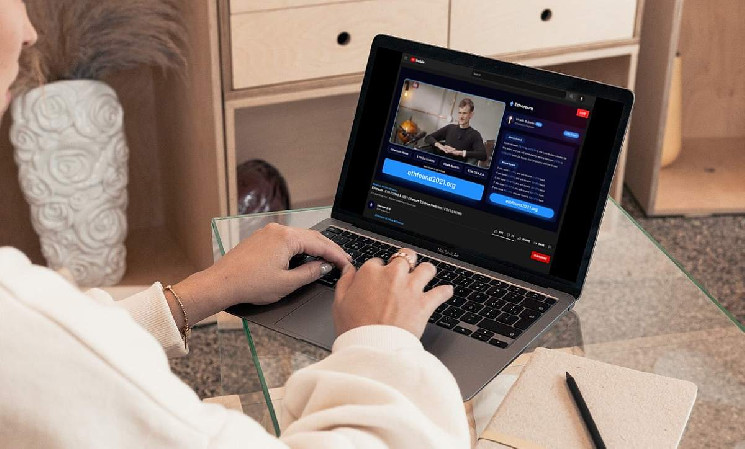 YouTube streams are a common way to lure cryptocurrencies

Analyst Satnam Narang said scammers are using YouTube Live to create supposedly live broadcasts that actually show previously recorded content that has been stolen and modified by the scammers.

To promote fake cryptocurrency giveaways on YouTube, scammers use a very simple boilerplate approach … Each video contains a section that broadcasts off-topic interviews with famous figures in the cryptosphere …

The videos contain a section with the URL of a so-called event or draw. This section is non-interactive, which means that the user must manually enter a URL to go to the site.

As soon as a viewer enters the scammers’ site, they are asked to send funds to a crypto address and are told that later they will receive twice as much funds.

Narang recently conducted a scam survey on YouTube Live for a month. The results showed that at least $ 8.9 million had been stolen by internet scams.

The report explains that media personalities known to many people are ideal for luring victims. 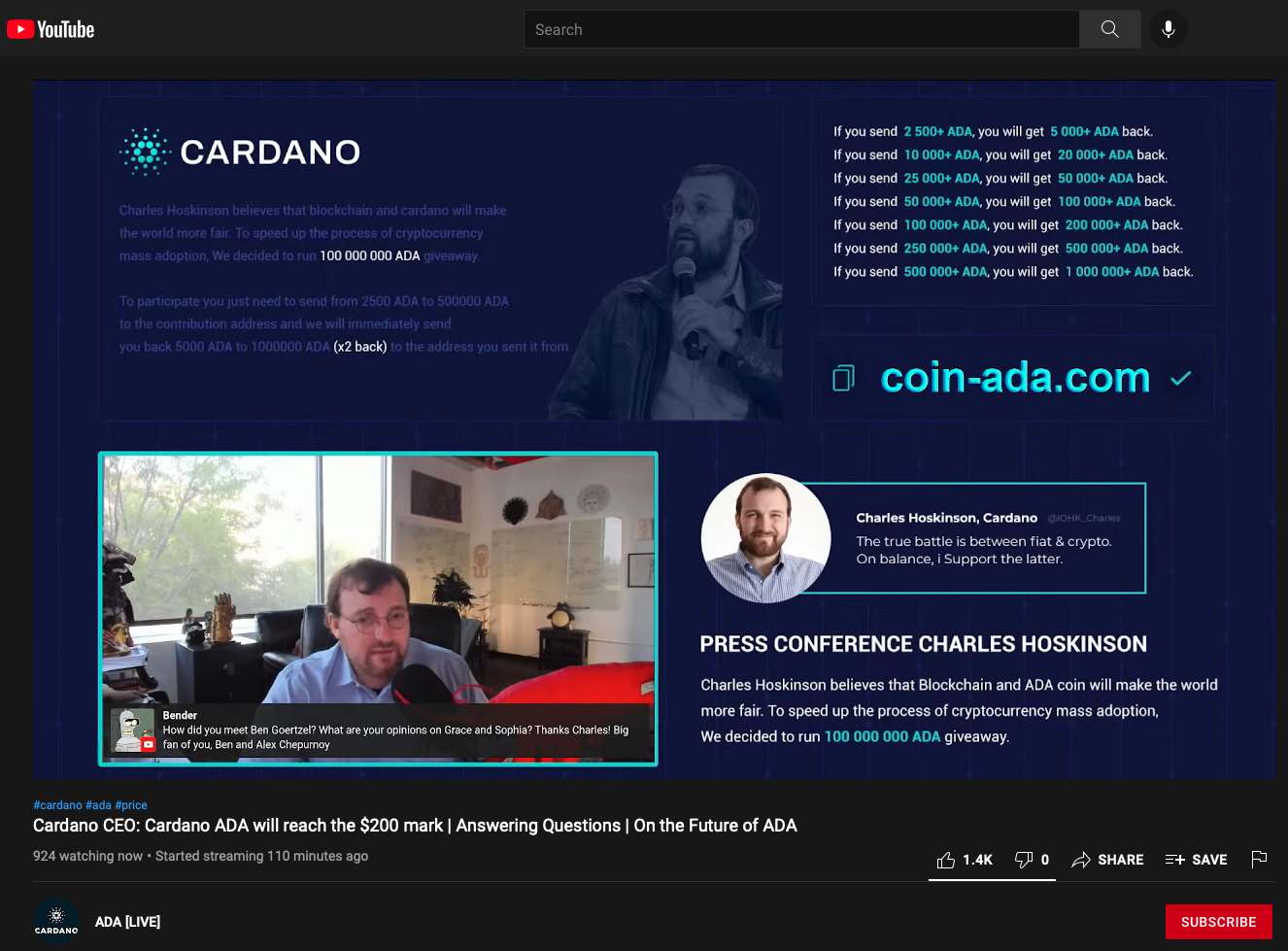 Scammers admit that users have a lot of trust in authority figures.

Using a variety of existing videos showing interviews with famous people, criminals have developed a formula that adds credibility to what is happening, and therefore this scheme has been working for many years.

An important aspect of a successful scam was the hijacking of an existing YouTube account that already has a large subscriber base. This step provides a sense of authenticity and increases the likelihood that the video will be seen by a significant number of people.

Presentations should look attractive and professional, like this fake promotion with Elon Musk and SHIB. 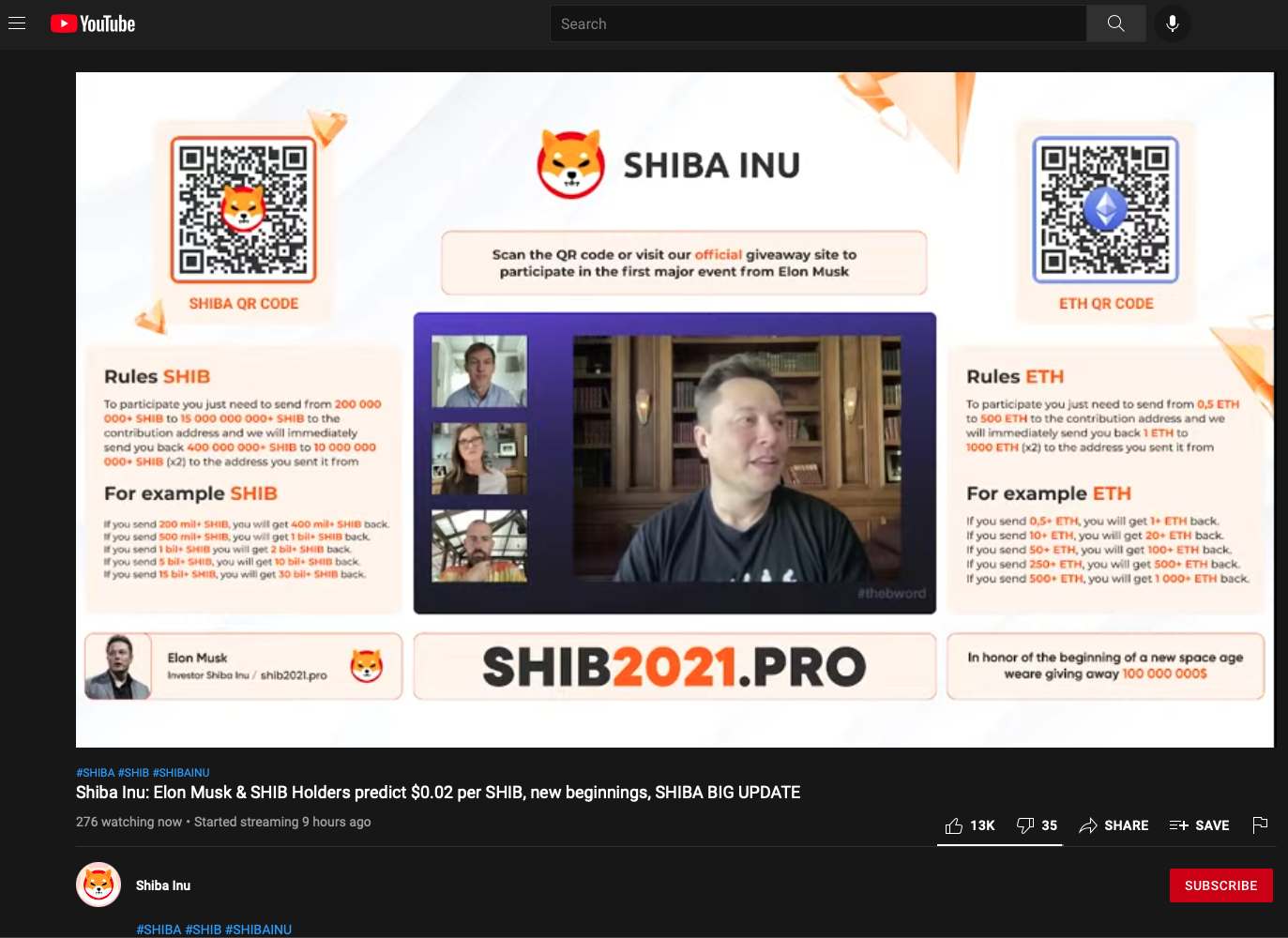 Tenable notes that after Musk appeared on the popular Saturday Night Live comedy show in May, hackers lured more than $ 10 million from victims’ pockets through fake cryptocurrency giveaways.

In response to the proliferation of fraud on their platforms, the Google Threat Intelligence team has published an extensive report entitled Phishing campaign targets YouTube creators with cookie theft malware.