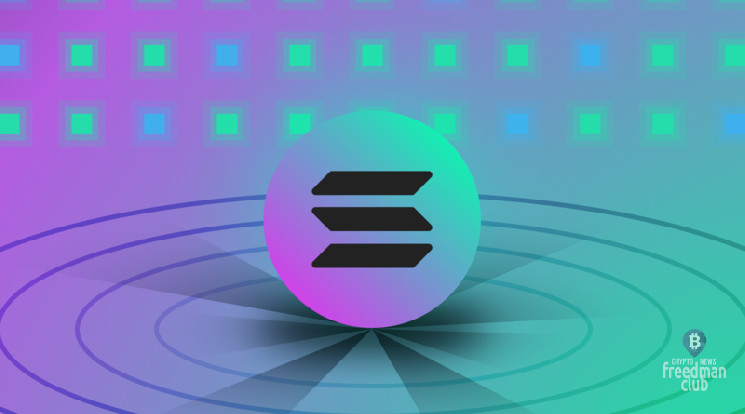 Solana could be the largest DeFi platform

Founder of the FTX cryptocurrency exchange Sam Bankman-Fried said that Solana could become the largest decentralized financial platform in the process, dropping Ethereum from the top of the pedestal.

According to the FTX founder, Solana has the ability to scale to millions of transactions per second natively, giving the token an edge in the DeFi space.

“Yes, I think that’s one of the most compelling things about it, is that it has the potential to scale to where things have to scale if the blockchain gets huge. And it has the potential to host DeFi apps for hundreds of millions and billions of people on top of it through a giant composable ecosystem. Again, this does not mean it will definitely happen, but the chances are great, ”said Fried.

In addition, Fried indicated that the crypto space will continue to experience crashes and bullish runs, but several projects are likely to outlast the cycles. He stated that cryptographic protocols and projects will live a really long time, scaling and progressing, they will ensure mass adoption as blockchain technology expands.

He also warned investors that there are many digital assets on the market right now that do not match their price. Their popularity is driven by the excitement among those without financial literacy. He added that advertisements and popular figures are trying to sell us so-called meme coins that have no real value.

Freed stated that investors should avoid meme coins with anonymous users and also verify token holders. He noted that coins, the reserves of which are more than 60%, allocated to several individuals, should be approached with caution. A striking example is Shiba Inu, most of which are owned by only a few wallets. It is the whales who decide where the price will go next – up or down.

“I think, in general, the projects that you think survive the best are the ones that have a lot of dedicated followers and those that have important use cases. I think the ones that looked more like hype were more likely to fail. But if you look at projects that either have a lot of real adoption or the potential for a lot of real adoption, these are projects that loyalists will support even during a bear market. And so I think you are looking at blockchains that could be widely adopted. You are looking at different exchanges and other infrastructure players will be key in this space in the future, ”Fried said.

Solana is worthy of attention

Overall, Fried noted that the crypto sector is likely to grow over the next five years, mainly driven by potential institutional investment. He said that the possibility of more organizations joining the sector would stimulate capital inflows into the sector. Therefore, blockchains such as Solana or Cardano, which have high potential, need to grow it by adding various options for its use.