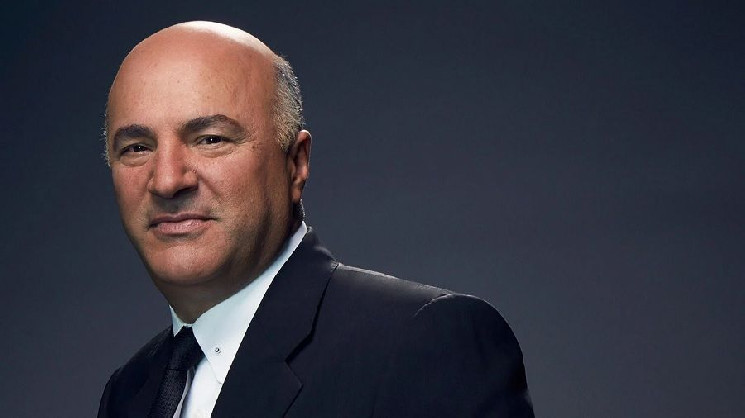 “I value cryptocurrencies based on their blockchain”

Entrepreneur Kevin O’Leary said he values ​​cryptocurrencies based on the blockchain they operate on. He is also interested in learning the opinion of regulators on the future development of the industry.

Earlier this month, Kevin O’Leary revealed that at the beginning of the year, cryptocurrencies accounted for 3% of his investment portfolio, and now he has increased that share to 10%. However, in an interview with CNBC, he stated that he was not going to be a “crypto cowboy” advocating cryptocurrencies. O’Leary wants to know what regulators think about investing in cryptocurrencies so he knows what not to get involved in when it comes to cryptoassets.

According to the entrepreneur, he is not interested in investing in digital assets, the issuers of which can enter into litigation with the US Securities and Exchange Commission (SEC), as happened with the Ripple company. At the end of last year, the department filed a lawsuit against Ripple, accusing it of conducting an unregistered ICO worth $ 1.3 billion. The legal proceedings with the company are still ongoing.

O’Leary also raised the issue of central bank digital currencies, stating that he is not interested in using the digital Russian ruble, digital yuan, or other government stablecoins. It is not known on the basis of which blockchain state cryptocurrencies function, and how governments will control their turnover, the entrepreneur said.

That being said, he believes that stablecoins pegged to the US dollar have much more potential. Although the investor admitted that given the rising inflation and declining purchasing power of the dollar, this might seem counterintuitive. In addition, O’Leary said he could invest in USDC stablecoin with 5% of his funds.

The investor also said that he attended the annual city festival in Abu Dhabi dedicated to financial technology. O’Leary was interested in talking to industry participants and regulators in the UAE, as this country creates favorable conditions for the development of blockchain.

An entrepreneur evaluates cryptocurrencies in terms of the blockchain on which they operate and tries to understand which technology can “win” in the long run. He mentioned the cryptocurrencies SOL, MATIC and HBAR, saying that he needs to invest in all three as it is unclear which one will be the “winner.”

“That’s why I came to Abu Dhabi. I want to know the future plan for the development of the blockchain and cryptocurrency industry in this jurisdiction. I am interested to hear the views of regulators from other countries that are thinking forward-thinking about decentralized finance, ”said O’Leary.

Earlier, the entrepreneur compared bitcoin with gold, and ether with silver, and stated that no cryptocurrency could take the place of bitcoin.