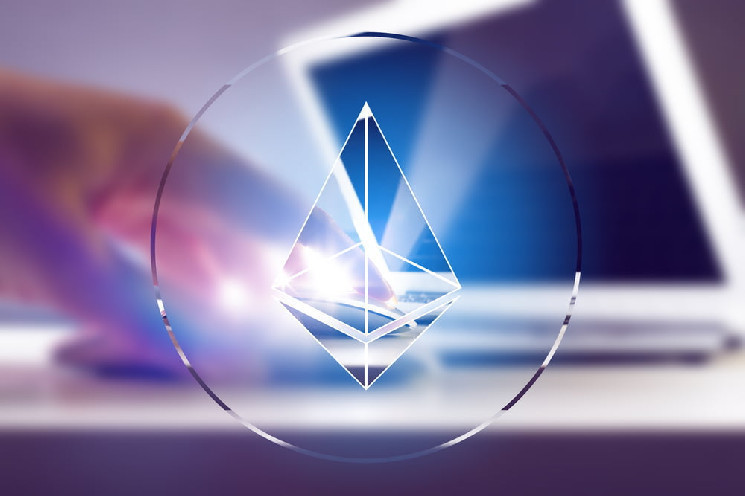 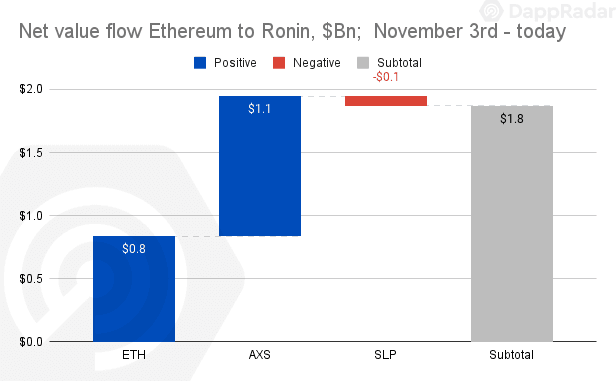 According to experts, over the past 30 days, AXS and ETH turnover amounted to more than 57% of all Ethereum-related assets. It is noteworthy that before the appearance Katana’s main use of ETH within the Ronin Network was to purchase non-fungible tokens from the Axie project. However, with the advent of Katana, the community has expanded the ways to use the ecosystem. 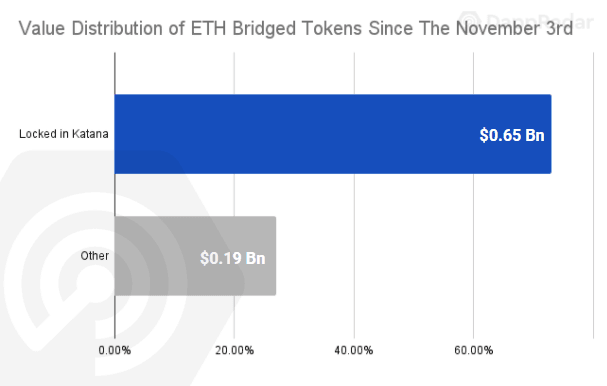 It turned out that of the total ETH capital in the Ronin Network, about 73% is used in Katana’s liquidity pools. The remaining 27% is used for other purposes like NFT or exchange for AXS and SLP. DappRadar believes that Katana organically creates value by encouraging investors to “mine” RON tokens. However, analysts believe the Katana has yet to build on its success. This is because the liquidity mining of the exchange will be completed in 80 days.

V In early November, it became known that the ecosystem of the game based on NFT called Axie Infinity has received support from its own exchange Katana. Outwardly, the product is no different from other smart contracts for the exchange of cryptocurrencies such as Uniswap, PancakeSwap or 1inch Exchange. To use the services of the service, users need to register a Ronin Wallet.