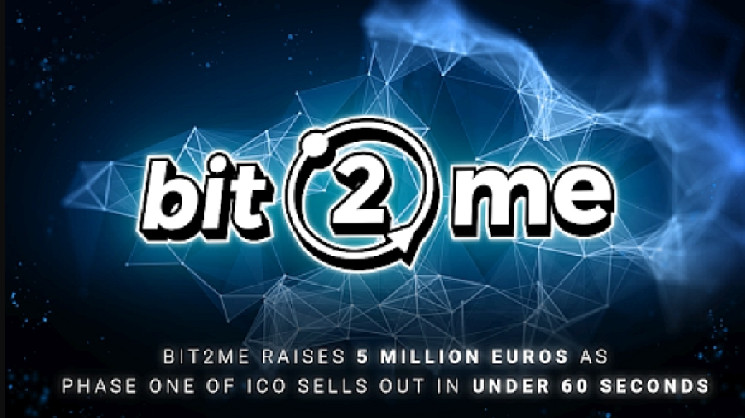 Bit2Me raised € 5 million during the first stage of the ICO

Spanish company Bit2Me has implemented one of the most successful IPOs in the country, raising € 5 million in less than 60 seconds.

Bit2Me has successfully completed the initial ICO phase and released the first 500 million B2M tokens. In total, the company plans to issue up to 1.25 billion B2M by the end of 2021. To this end, two more investment rounds are planned for September, during which another 750 million tokens will be issued.

In early August, Bit2Me held a closed funding round and raised € 2.5 million. In total, following two investment events, € 7.5 million was invested in the B2M token. Bit2Me founder Leif Ferreira was inspired by the success of the first stage of the ICO.

“We have demonstrated to everyone that Spanish companies can successfully participate in the digital transformation of the world. And Bit2Me has become one of the important elements of this revolutionary direction, ”said Ferreira.

Bit2Me was launched in 2014 by the Spanish company Bitcoinforme SL.Initially, the platform introduced strict territorial localization and worked with users from only 41 countries of the world.

As the project developed, the list of countries in which Bit2Me offers its services expanded to 70. A few days before the launch of the first stage of the ICO, interest in B2M was so great that the company allowed clients from 13 more Latin American countries to take part in the initial token offering.