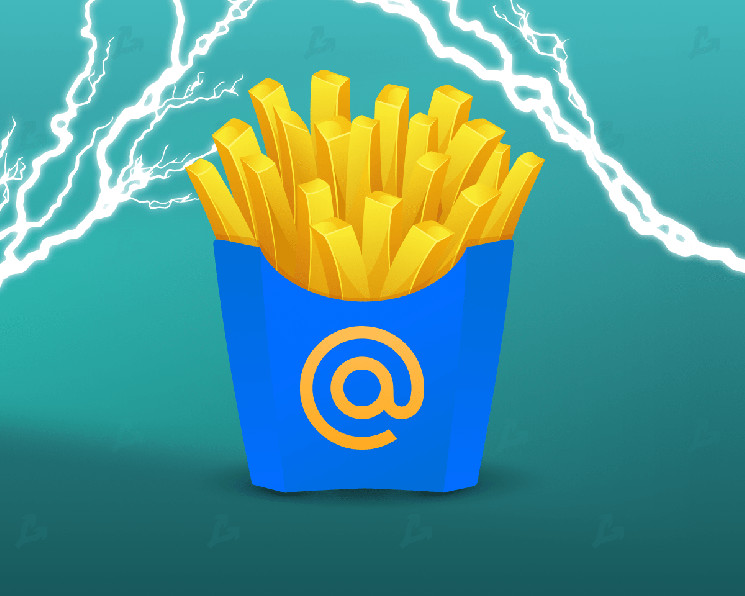 Mail.ru will buy a company that has not fulfilled its obligations to ICO investors

Mail.ru Group holding will acquire Playkey cloud gaming service by the end of 2021. Four years ago, Playkey raised $ 10.5 million in an ICO and did not fulfill its declared obligations to investors, Forbes reports.

The founder of Playkey is Yegor Guryev, a 36-year-old native of Perm. The service, with the help of which users can play computer games through cloud servers, he launched in 2015 together with his colleagues from the telecom operator ER-Telecom Alexey Lykov and Vadim Andreev.

In 2017, the partners decided to launch a decentralized platform that was supposed to connect gamers with the owners of powerful personal computers and mining farms. The company planned to reduce the cost of renting and leasing professional servers. They planned to pay for the services of the owners of the equipment with cryptocurrency.

Playkey’s management company is Game Solutions LLC. According to the Perm publication Properm.ru, the share of Yegor Guryev in the structure of owners is represented by the Slovak PLAYKEY HOLDING.

For the ICO, Guryev registered a separate tokenizing company in the Cayman Islands. The service has issued 60 million PKT tokens.

As a result of the token sale in November 2017, Playkey raised $ 10.5 million in Bitcoin and Ethereum. The funds were invested by more than 2,000 private investors from different countries, as well as three funds – Uncharted Capital, Allrise and G2H2 Capital. The latter invested $ 1 million each.

According to the white paper, the company was supposed to introduce a decentralized platform in 2018. It was planned to make tokens the only way to pay for playing time and games on Playkey.

“Currency [PKT] will be used as a unit of settlement for all transactions in the Playkey ecosystem and the basis for interaction with other digital services, ”the document says.

According to Guryev, the team launched the platform in March 2019. But according to the correspondence in the Russian Telegram-chat of investor support, in May 2020 the platform was still at the stage of the minimum viable product (MVP) and was being finalized. Users can still pay for services both in cryptocurrency and in rubles. Investors believe that because of this, the price of tokens does not rise.

They also reported that Playkey did not launch a promotion campaign for the site.

In May 2021, Mail.ru Group announced the purchase of Playkey: by the end of the year, the holding will buy out 100% of the service. A source familiar with the terms of the deal at Mail.ru Group said that the group had bought the startup for the Playkey technology. It will allow the holding to develop its own cloud gaming service MY.GAMES Cloud, launched in 2020.

The parties do not disclose the amount of the transaction. Vitaly Starodubov, co-founder of the rival service Loudplay, estimates it at $ 14-17 million.

A source in Mail.ru Group claims that the company has no plans to develop a decentralized platform. Its investors should address their claims to the legal entity that conducted the ICO, he said.

“Mail.ru Group will develop My.Games Cloud on traditional infrastructure. Questions and complaints about the ICO and the spending of the funds of the people who bought the tokens should be addressed to the company that carried out this ICO – there is no transaction in the transaction, and the purchased asset has no obligations to it ”.

In a comment for ForkLog, Playkey investor Pavel Parshikov said that a group of affected token holders collected all available information about the ICO, including white paper and screenshots of correspondence with project leaders. In the future, they intend to prepare a pre-trial claim addressed to Yegor Guryev with a description of the fraudulent actions.

“It was Guryev who gave promises to use the token and wrote on his own behalf that the company was holding an ICO. The option to ask the company that conducted the token sale will not work here. The beneficiaries are specific people – they are in demand, ”Parshikov noted.

“I hope that in the near future Mail.ru will announce that nothing threatens the decentralized platform and payment scheme through PKT, or that it will buy and burn tokens at the ICO price,” he added.

In the white paper of the Playkey decentralized platform [есть в распоряжении ForkLog] disclaimer of liability is spelled out:

“Nothing contained in this document should be construed as an offer to conclude a deal with any company or individual mentioned in it. <…> All actions based on the information contained in this document are performed at your own risk and based on the personal judgment of the person performing them. Playkey and its affiliates are not liable in any way for the consequences of such actions. “

From a legal point of view, the situation around Playkey is very ambiguous, says Yuri Brisov, a member of the Commission on Legal Support of the Digital Economy of the Moscow branch of the Russian Lawyers Association.

“Firstly, the disclaimers used by ICO organizers do not work in 90% of cases. This circumstance was torn apart by the American courts in the case of MakerDAO, Tezos, and briefly touched upon it in the case of TON. Practice shows that no matter what detailed disclaimer a company uses, ICO participants always have the right to a claim and often achieve positive results, “he explained in a comment to ForkLog.

Brisov stressed that the legality of such disclaimers for the initial placement of utility tokens is unclear:

“Playkey did not register the prospectus on the stock exchange. If we are talking about a crowdsale, then disclaimers, in principle, do not play a big role, since they conflict with the law on consumer protection. Consequently, the claim will most likely be considered by the court and the disclaimer will not help. “

The question is also what legal entity will be the defendant in the claim.

“If Mail.ru acquired the company with all its assets and liabilities, then they will be responsible. Another question is that they most likely foresaw the likelihood of such claims and received insurance from the sellers, ”Brisov said.

Such insurance (indemnity) exists in both Russian and English law, the lawyer said. It gives the buyer the right to “forward” claims to the seller at pre-agreed risks. Sometimes part of the transaction amount is fixed on a special account and goes to the seller only after no one has sued the acquired company for a certain period.

“Mail.ru lawyers could not fail to take into account such an obvious risk, so, most likely, Mail.ru can feel calm,” added Yury Brisov.

At the same time, the founders of Playkey can equally face: a claim against each of them as individuals; a claim against the company that conducted the ICO; monetary claim from Mail.ru based on the results of a satisfied claim.

“There are many chances in satisfying the investors’ claim, since the ICO of utility tokens should provide the service for which the money was paid. But here the participants did not receive this service de facto, ”the lawyer concluded.

Roman Yankovsky, a teacher at Moscow Digital School, believes that it will be difficult for investors to prosecute a company registered in the Cayman Islands as part of a civil lawsuit if it is not formally associated with the founders of Playkey.

“In some countries there are special organizations that persecute such founders and impose fines on them, for example SEC in the USA. There is no such service in Russia that would protect the rights of investors. Of course, we have commissioners at the Central Bank of the Russian Federation, but these are conditional positions that have no real powers, ”the expert said.

However, investors have a chance to bring the founders of Playkey to criminal responsibility, adds Jankowski. This will become possible in the case of a confirmed fact of deliberate fraud – if it is proven that the team raised money for a project that it did not plan to implement.

“Deceived investors can turn to law enforcement agencies. They will not have to unravel the chain of legal entities and can attract specific people who stood behind these companies. “

According to Yankovskiy, any lawsuit from investors brings a lot of reputational damage to Playkey.

“When there are legal proceedings against you, it becomes much more difficult to get an investment. And it is surprising that Mail.ru began to cooperate with this company, because usually such reputational costs can be very significant, ”he summed up.

Recall that at the end of May, 50 Disruptive Era Fund investors filed a lawsuit against companies associated with the Telegram Open Network (TON) blockchain platform. Together, they invested $ 72.1 million in the project.