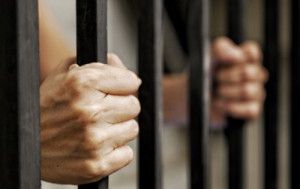 Sohrab Sharma, one of the founders of the Centra Tech cryptocurrency project, was sentenced to eight years in prison for his role in the fraudulent scheme.

Sharma pleaded guilty to conspiracy to commit electronic fraud, securities fraud and mail fraud. According to the prosecutor, Sharma “led a scheme aimed at defrauding investors by falsely claiming that a startup he founded has developed a fully functional, cutting-edge cryptocurrency financial product.”

“In fact, Sharma’s most notable inventions were non-existent executives, business relationships and licenses, which he and his accomplices were spinning so that the victims would give them tens of millions of dollars,” the prosecutor added.

The court found that Sharma, together with Robert Farkas and Raymond Trapani, founded the Centra Tech project in July 2017 and began to promote it as a supplier of crypto payment cards and other financial products in the field of cryptocurrencies. From July to October 2017, Centra Tech conducted an Initial Coin Offering (ICO). In their promotional materials, they falsely claimed business relationships with Visa, Mastercard and Bancorp, licenses in 38 states, and a CEO who allegedly spent 20 years in the banking industry and received a master’s degree from Harvard. DJ Khaled and Floyd Mayweather took part in promoting the project.

As a result of the ICO, Centra Tech managed to raise $ 25 million, but the prosecution found that at some point in 2018 these assets were worth more than $ 60 million.The FBI seized 100,000 ETH from the project, and the Marshals Service sold them for $ 33.4 million. The proceeds are planned use to compensate the victims of fraud. Farkas was previously sentenced to a year in prison, and Trapani also pleaded guilty.